ICC reacts to killing of 48 people by Hamas, Israeli forces 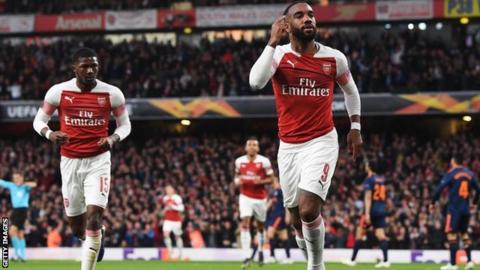 English Premier League side, Arsenal, has taken a huge step to the final of the UEFA Europa League with a hard fought 3-1 victory over Spanish side, Valencia, in their first leg semi final tie up.

But two goals in the first and second half by French striker, Alexandre Lacazette, put Arsenal in the driving seat of the game

And Gabonese forward, Pierre-Emerick Aubameyang, scored a third for the Gunners in stoppage time.