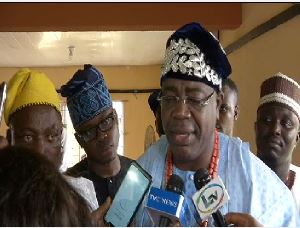 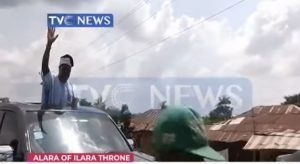 The former Chairman of the Lagos State Internal Revenue Service, Olufolarin Ogunsanwo has been presented by the Epe traditional rulers and kingmakers as the 55th Alara of Ilara-Elect in Epe, Lagos state.

At Epe, he was welcome amid jubilations, with the Epe traditional rulers and kingmakers on ground to give their assent to Omoye Olufolarin Ogunsanwo as the new Oba of Ilara.

Olufolarin Olukayode Ogunsanwo succeeded Oba Akeem Adesanya as the Alara of Ilara who died in October last year at the age of 74. He spent 58 years on the throne of Ilara kingdom.

The late king was one of the longest reigning Oba in Yoruba land. 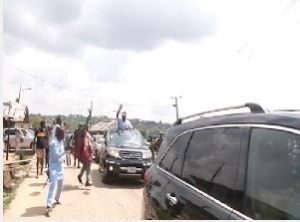 Olufolarin Ogunsanwo emerged the Alara elect out of eight other contestants and this put to rest the 12 months controversy of who will be the king of Ilara, Epe among the ruling houses.

For the new Alara- elect, he is aware that the expectations of his people are very high. He also understands the ancient stool.

MSc Economics from the University of Lagos, and Masters degree in Public Administration from the Lagos state university. He is a Fellow of the Chartered institute of Taxation.