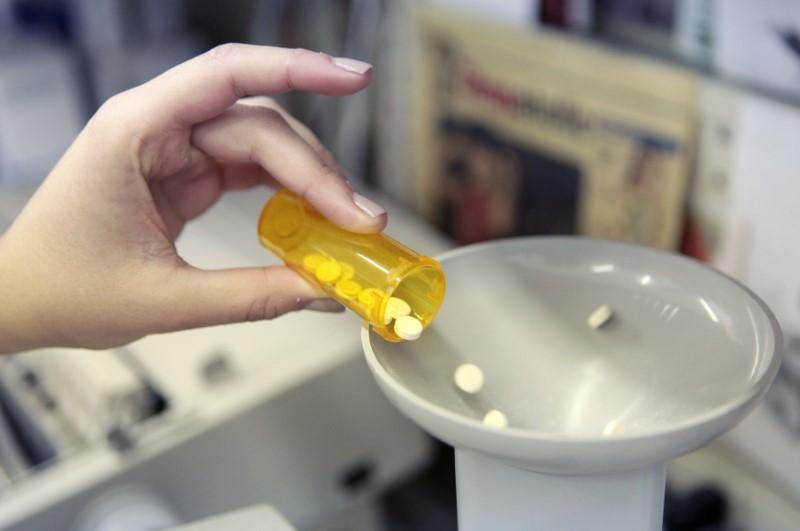 A pharmacy employee dumps pills into a pill counting machine as she fills a prescription while working at a pharmacy in New York December 23, 2009. REUTERS/Lucas Jackson

Drugmakers fear the Maryland law will embolden other states and are seeking a court injunction. Both sides made their arguments on Thursday before a U.S. District Court judge in Baltimore, who could decide on an injunction in the coming days.

Anticipating the law will survive the legal challenge, the Attorney General’s office said it is working with health economists at Johns Hopkins University to identify price spikes, which are not made public by drugmakers. Patient advocacy groups are urging consumers to report increased costs for their medicines. Maryland Citizens’ Health Initiative will add an option to report price gouging to its website.

Pharmaceutical companies have so far dodged stricter federal oversight despite growing outrage over price hikes. Valeant Pharmaceuticals International Inc (VRX.TO) raised the price of heart medications Isuprel by about 720 percent and Nitropress by 310 percent, after acquiring them in 2015. Mylan NV (MYL.O) raised the price of its life-saving EpiPen six-fold between 2008 and 2016.

But states, struggling to cover rising healthcare costs, are taking up the fight. At least 176 bills on pharmaceutical pricing and payment have been introduced this year in 36 states, according to the National Conference of State Legislatures.

Maryland’s law is the most aggressive legislation to be passed so far, and allows the state to levy fines and order a reversal of price increases.The Association for Accessible Medicines, a generic industry trade group that filed the lawsuit, argues that the law is unconstitutional because it does not define price-gouging and amounts to intervention by an individual state in interstate commerce.

“The issue of drug pricing is a national issue … not something that should be handled piecemeal in 50 different ways,” said Jeff Francer, general counsel for the trade group which represents companies like Teva Pharmaceutical Industries Ltd (TEVA.TA) and Novartis AG’s (NOVN.S) Sandoz unit.

Maryland Attorney General Brian Frosh said that states have a well-defined role to play in policing “unconscionable” business activity against consumers, especially when they have no other recourse. He cited consumer contracts for telephone service, which are non-negotiable.

The measure applies only to older, off-patent drugs. Generic copies of branded products, usually much cheaper than the originals, account for around 89 percent of U.S. prescription volume, but only 26 percent of total drug spending, according to Quintiles IMS Holdings Inc (Q.N).

But price spikes on some critical treatments have hit consumers hard. The U.S. Government Accountability Office last year found that 315 generic drugs more than doubled in price since 2010.

Maryland’s Frosh said the aim is to deter future steep increases. Before the law was passed, drugmakers had suggested setting a minimum increase of 100 percent as a threshold for investigation, but state officials feared that would incentivize price hikes up to that point, according to Frosh’s office.

Several states have passed laws requiring drugmakers to disclose price increases, but the Maryland law is one of a few drawing the most attention from the drug industry.

Nevada has been sued by two industry trade groups after passing in June a law requiring diabetes drugmakers to justify price increases above a certain amount.

Ohio voters next year will decide on a ballot measure requiring drugmakers to offer state groups the same discounts given to the federal Department of Veterans Affairs. A similar measure failed in California last year, but the state’s legislature this week approved a drug pricing bill requiring drugmakers to justify price increases over 16 percent in a two-year period. It now goes to the state’s governor for a final decision.

“The states have decided to try and deal with this on their own,” said David Gibbons an attorney at Hyman, Phelps & McNamara, which specializes in pharmaceutical and biotechnology companies.