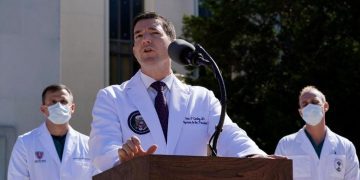 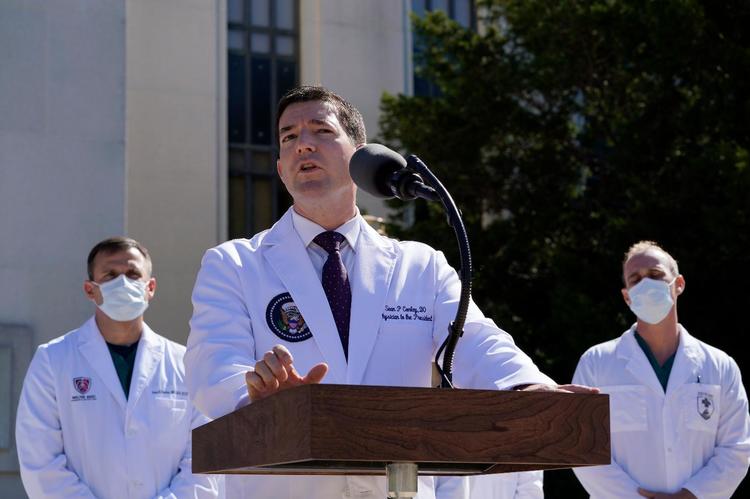 Donald Trump’s physician, Sean Conley on Sunday acknowledged that the president’s bout with COVID-19 was not going as well as he indicated on Saturday.

After evading questions on Saturday about whether Trump had received oxygen treatment, Dr. Sean Conley acknowledged at a Sunday press briefing that Trump had “two episodes of transient drops in his oxygen saturation levels” and had received supplemental oxygen at the White House. 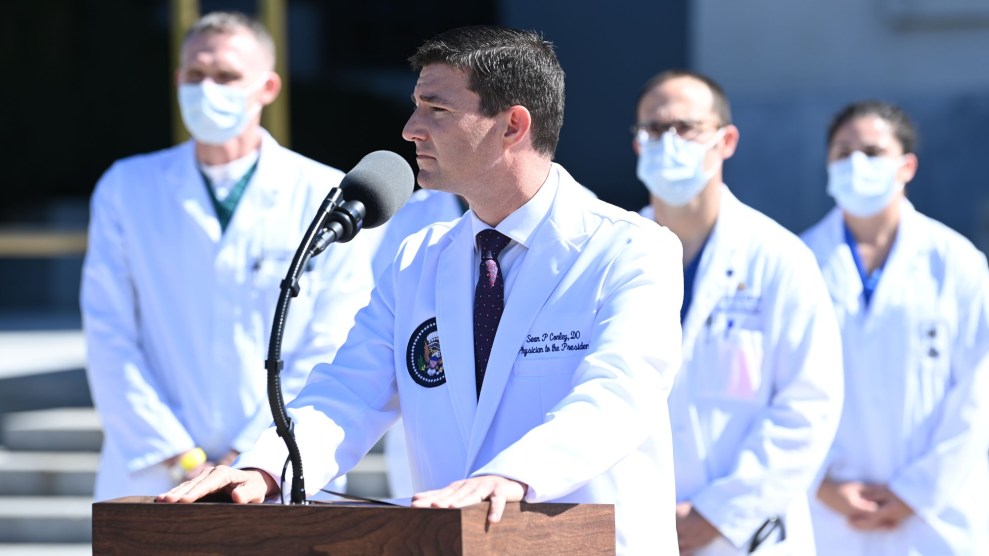 “I was trying to reflect the upbeat attitude that the team, the president, that his course of illness has had,” he said.

“I didn’t want to give any information that might steer the course of illness in another direction.”

But along with suffering from two spells of low oxygen saturation, doctors said Trump has been given the steroid dexamethasone, a drug that the World Health Organization recommends be used for patients with “severe and critical COVID-19.”

Responding to question on whether the adverse impacts of the disease maybe evident in the president’s chest scans, Conley said there are “some expected findings”, but did not elaborate.

Confusion was sown during a a press briefing on Saturday, when Conley said he was “extremely happy with the progress the president has made,” but evaded questions about whether Trump had received oxygen, simply acknowledging that Trump was “not on oxygen right now.”