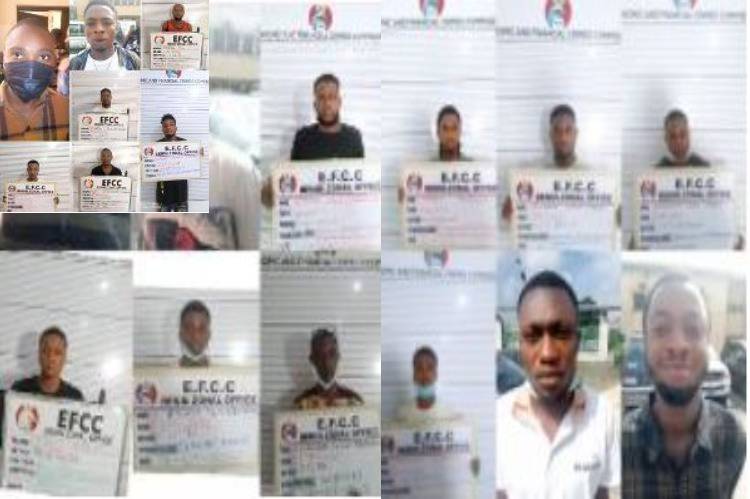 Three others were also convicted and sent to jail by Justice A.T. Mohammed.

The convicted Internet fraudsters were arraigned separately on one count charge bordering on impersonation and obtaining by false pretenses. 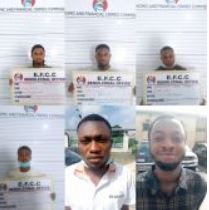 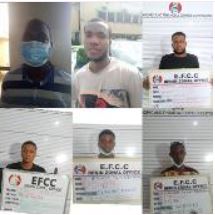 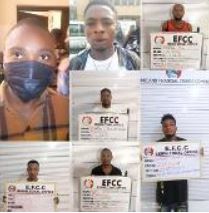 The charge against one of them reads: “That you Adebuje Isaac Oluwadunsin on the 5th day of August, 2021 at Ondo State within the jurisdiction of this Honourable Court did fraudulently impersonate the identity of one Michelle Orton a (white woman) and citizens of the United States of America in your Samsung S8 and email address cryptohackweb@gmail.com to gain advantage for yourself and you thereby committed an offence contrary to Section 22(2)(b)(i) and (ii) of the Cybercrimes (Prohibition, Prevention, etc) Act 2015 and punishable under Section 22(2)(iv) of the same Act”.

Three Sureties who were arraigned for perversion of justice are Lewis Ogenkhene, Ughoshe Adolphus and Osazuwa Efosa Robertson.

The charge against Ogenkhene reads: “That you Lewis Ogenkhene (m) on or about the 15th day of September, 2020 in Benin City, Edo State within the jurisdiction of the Federal High Court did knowingly make a false statement to Detective Ajisafe Wasiu an officer of the Economic and Financial Crimes Commission in the course of the exercise of the duties of his office which statement is untrue in any material particular and thereby committed an offence contrary to Section 39(2)(a) of the Economic and Financial Crimes Commission (Establishment) Act 2004 and punishable under Section 39(2)(b)of the same Act”.

All the defendants pleaded guilty to the charges when they were read to them.

The prosecution counsel, Francis Jirbo, Austin Ozigbu and Ibrahim Mohammed prayed the court to convict and sentence the defendants accordingly. 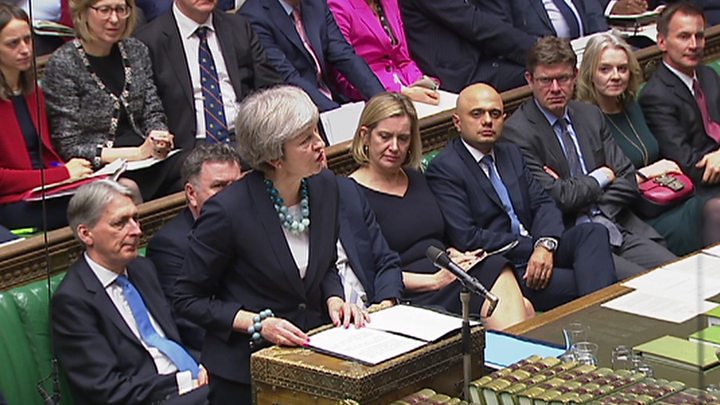 British Prime Minister Theresa May is writing to the EU to formally ask for Brexit to be postponed.… 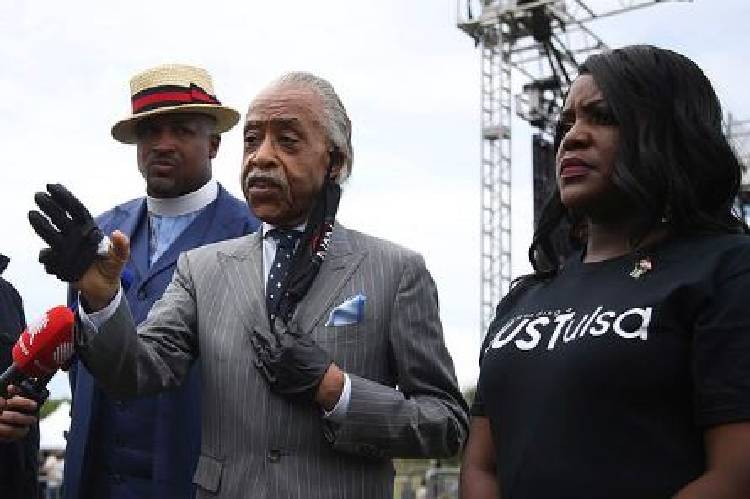 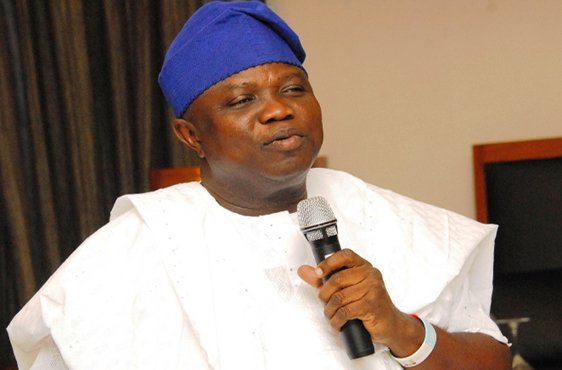 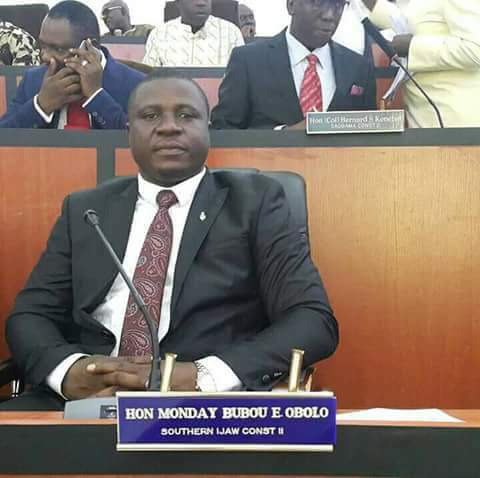 A member representing Southern Ijaw Constituency II, Monday Obolo, has emerged the new speaker of the… 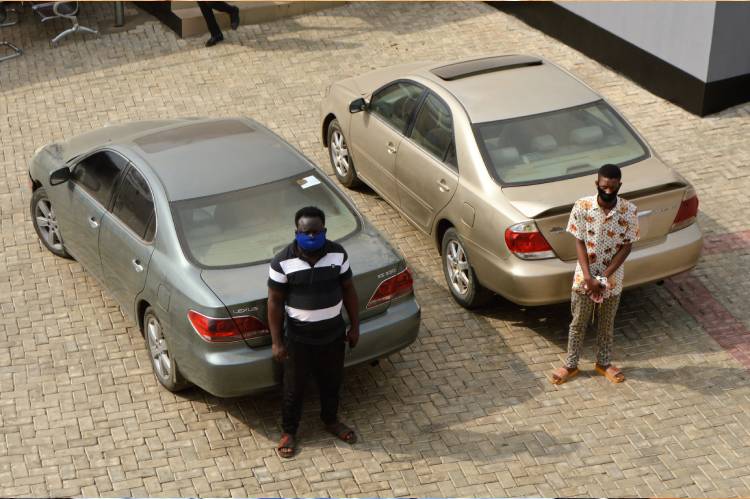 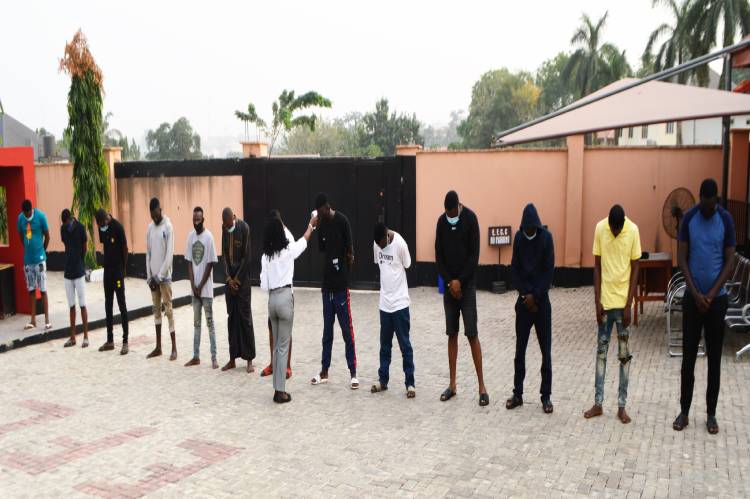 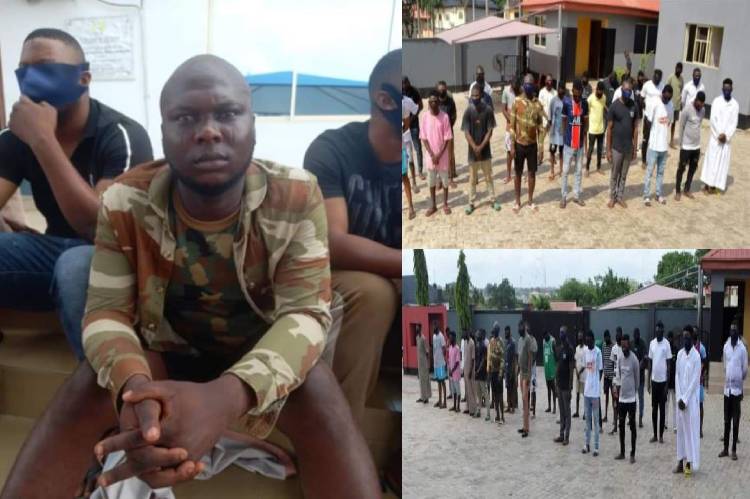