The news going the internet has it that, comedian Anne Kansiime has confirmed that her almost

five-year marriage to husband-turned-manager, whom she used to adoringly call Dark Chocolate, is done and no more.

After a fan straight up asked her if the rumours were true, Kansiime responded under her Facebook handle, Kansime Anne/Entertainer: “OJ and I are not together anymore. Reasons why we are not are not for anyone else to know, but the two of us.”

She was reluctant to give reasons for the break up, but close friends say Gerald Ojok’s relatives were pushing him to have children, yet Kansiime was more focused on her career. 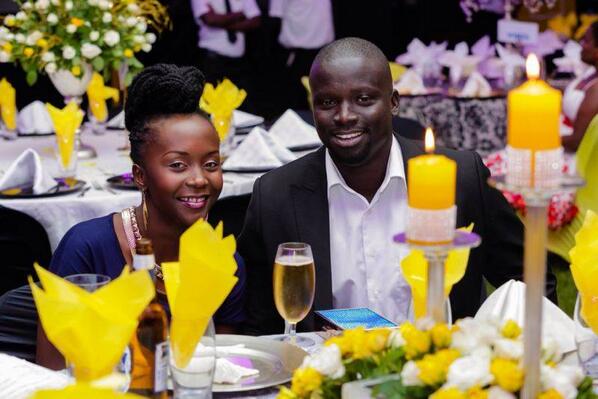 Kansiime had also become even busier after she chose to start up a bar – Kubby’s Bar – in Naalya. It is said the couple were not spending much time together, which caused them issues.

In 2014, Kansiime formally introduced Ojok in a colourful ceremony in Kabale, her home town. There has been no word from Ojok on their marital woes.

Keen fans first grew suspiscious last month after they noticed that the comedian did not wear her engagement ring while attending funnyman Salvador Idringi’s show at Imperial Royale Hotel recently.