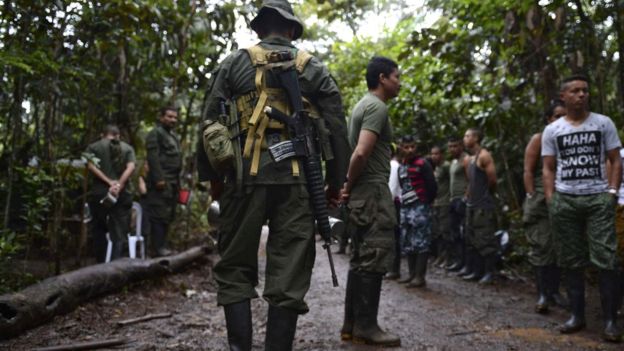 A Colombian rebel leader who refused to demobilize under a 2016 peace deal with the government was killed by the armed forces on Saturday.

The man, known by his war names, Rodrigo Cadete was a top member of a faction of former rebels from the Revolutionary Armed Forces of Colombia (FARC) who refused to adhere to the peace agreement.

Defense Minister, Guillermo Botero said at the same event that Cadete had been bringing together dissidents to form a new group and that nine other guerrilla fighters were killed and others captured.

The dissidents have an estimated 1,800 combatants spread across about 30 units.

About 13,000 FARC members, including 6,000 combatants, demobilized under the peace accord. The group is now a political party, with 10 seats in Congress guaranteed through 2026.