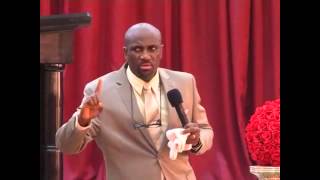 The senior Pastor of the foundation of truth assembly Rev. Yomi Kasali has described the recent condition given by the National Assembly to clear resident electoral commissioners as legislative rascality.

Kasali in a chat with newsmen in Lagos says the current senate constitute a stumbling block to President Buhari’s effort to fight against corruption.

He urged Nigerians to continue to push for the confirmation of Ibrahim Magu as the substantial chairman of the Economic and Financial Crimes Commission, saying allegations against Magu by the DSS are baseless and not credible.