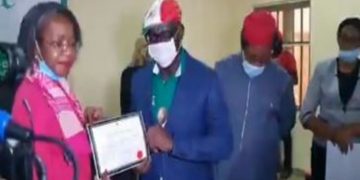 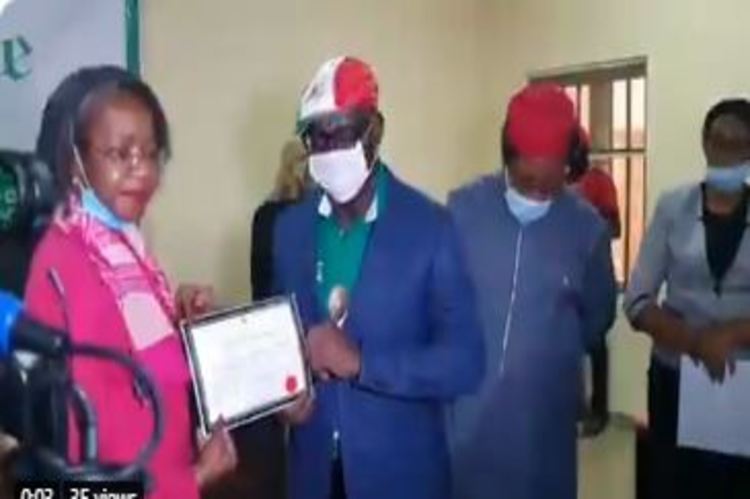 The Independent National Electoral Commission has presented certificates of return to the governor elect, Godwin Obaseki and the deputy governor elect, Philip Shaibu in the just concluded governorship election in Edo state.

INEC returning officer declared Godwin Obaseki winner of the governorship election on Sunday having satisfied the requirement of the law and scoared the highest number of votes.

Mr Godwin Obaseki of the People’s Democratic Party polled a total of 307,955 to defeat his closest rival, Osagie Ize-Iyamu of the All Progressives Congress, who polled 223,619 votes. 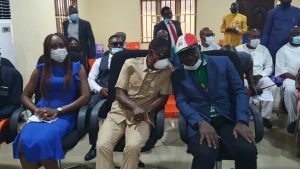 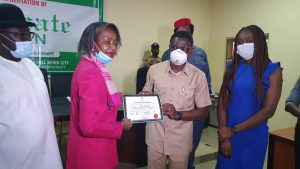 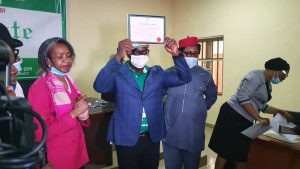