Governor Oyetola presents staff of office to Owaloko of Iloko-Ijesa 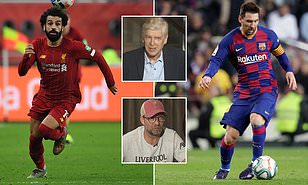 Salah has kept up his scintillating form for the Premier League leaders this campaign, netting 13 goals in 23 appearances across all competitions, as well as seven assists.

The 27-year-old also provided the assist for Naby Keita’s opener in the Reds’ 2-1 win over Monterrey in the Club World Cup semi-finals on Wednesday.

Wenger, who is FIFA’s new Head of Global Football development, heaped praise on the Egyptian’s development as a provider and goalscorer.