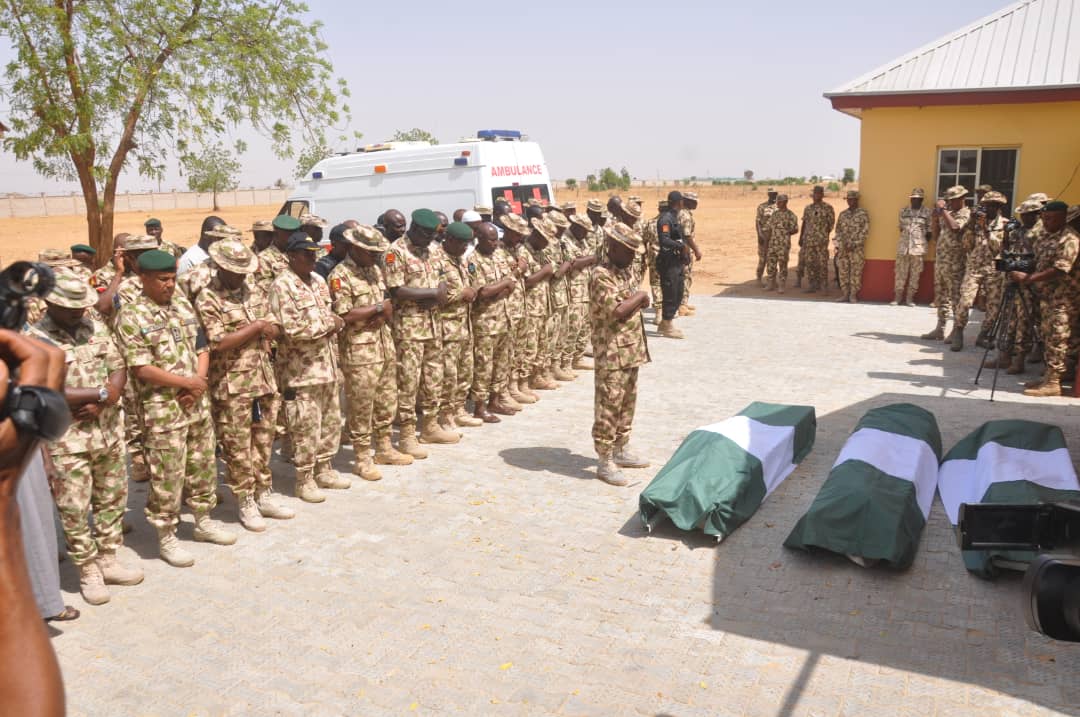 Army will never be deterred in its fight against terrorism-COAS

Army will never be deterred in its fight against terrorism-COAS 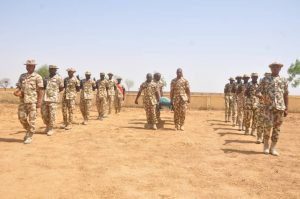 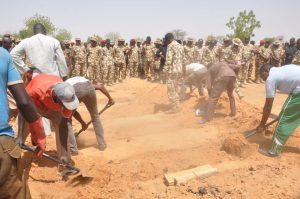 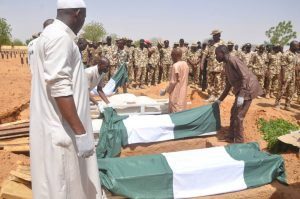 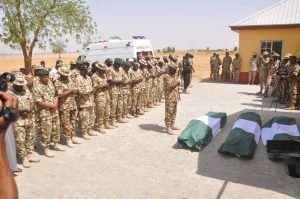 The Chief of Army Staff (COAS), Lieutenant General Tukur Yusufu Buratai says the Nigerian Army personnel, under his leadership, despite occasional hitches, – will never be deterred in the ongoing just war against terrorism in Nigeria.

Buratai stated this on Tuesday, the 14th of May, 2019, at the Maimalari Military Cantonment Cemetery, Maiduguri Borno State while laying to rest the remains of the patriotic officer and two soldiers who paid the supreme sacrifice while on clearance operations along Mauli-Borgozo axis on Monday, the 13th of May, 2019.

The late Lieutenant Colonel Yusuf Ibrahim Aminu was the Commanding Officer (CO), of 154 Task Force Battalion Borgozo. He was on a clearance operation along Mauli- Borgozo when his vehicle climbed on a buried Improvised Explosive Device which detonated resulting in losing his life and that of 2 other soldiers while others were wounded in action.

Commiserating with the family of the deceased, the COAS used the opportunity to again commend the efforts of the entire troops of Operation Lafiya Dole in the war on terror and charged them to remain steadfast, more committed and professional for the sake of Nigeria.

The sacrifices of all the deceased officers and soldiers of the NA is no doubt painful to all, but that will further ginger the serving gallant troops to do more to ensure that the nation remains secure and peaceful. 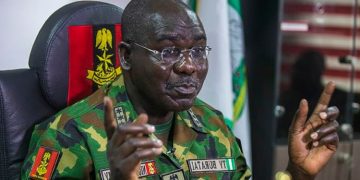 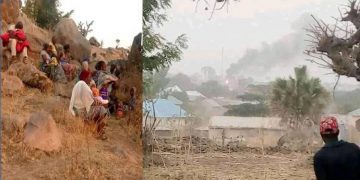 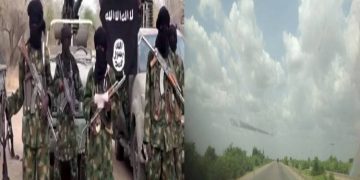 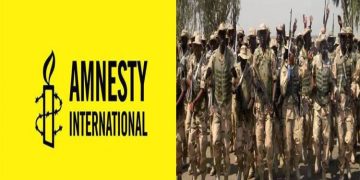 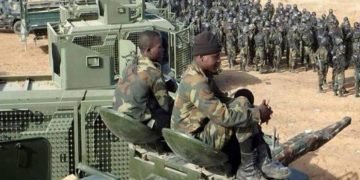