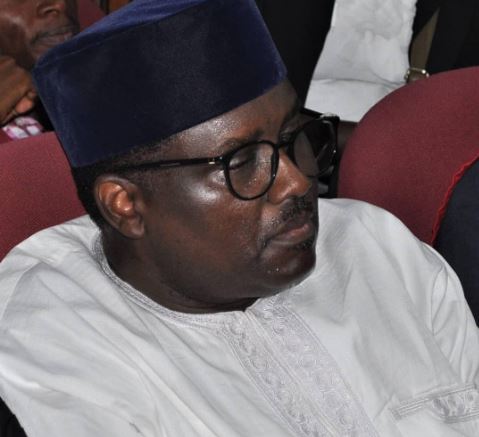 The Federal high court Abuja is currently ruling on the application filed by the former chairman of Pension Reforms Task team, Abudlrasheed Maina, seeking variation of the bail terms and conditions granted him by the court.

He was admitted to bail on 25th November in the sum of 1 billion naira.

Maina was ordered to produce two sureties who must be serving senators.

The two lawmakers, according to the court must not be standing any criminal trial in any court in the country.

Trial Judge, Justice Okon Abang held that the two sureties, who must be prepared for a N500m bond each, must always be in court with the defendant at each adjourned date.

Mr Maina described the conditions as stringent and excessive, he filed an application for variation.

Grounds for the application are as follows

1. The Senators he met said they are not worth 500 million naira

2. They do not have fully developed property in Maitama.

3. They will deny their constituency proper representations.

4.They will not meet up with the minimum number of sitting as required of a senator.

He also summit he needs to have access to some documents which he would want to use to prepared for his defense.

In response the prosecutor (EFCC) filed a counter affidavit stating that the conditions are not stringent.

Which he stated that he is ready to fulfill any conditions, and he has responsible citizens who are ready to stand as surety for him.

He did not mention the names of the senator who his family suposable approached, the applicant did not exhibit anything to show that the senator does not have the means to meet up.

Senators attend many functions and they do not sit everyday.