The inclusion of the 28-year-old forward, who has not been active since leaving Saudi Arabian club Al Nassr in October last year, has generated divergent views forcing Rohr to clarify that Musa is the non-playing 24th player in the squad. 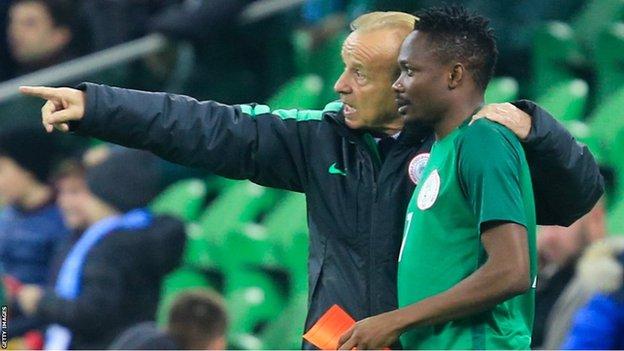 The German coach confirmed that Musa is not in the competitive list of 23 players for the matches and the focus of the team is to keep the players fit, win both games and qualify for the Nations cup.

Enyimba goalkeeper John Noble is the only home-based player in the team. He replaces Ikechukwu Ezenwa of Heartland football club.

This is contrary to the expectation of Minister of Sports, Sunday Dare who wants at least three players from the local League in the senior national squad.