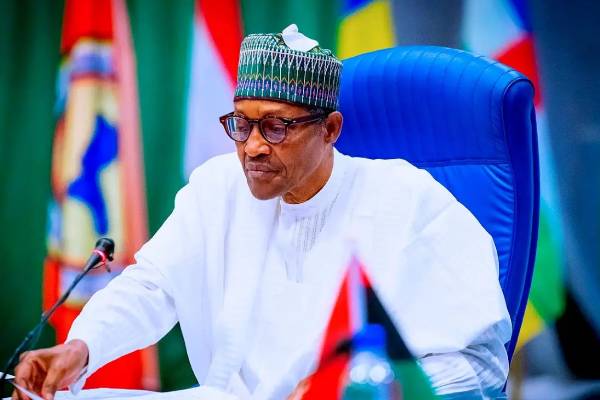 President Muhammadu Buhari will brief the nation on Sunday, the 12th of June in commemoration of Nigeria’s democracy day.

The televised state broadcast and commemoration of Democracy day in Nigeria is the fourth time the day is marked in the country after President Buhari directed in 2018 that June 12 should now be the official celebration of democracy.

Minister of Information and Culture Lai Mohammed says an inter ministerial committee has scheduled the programme of event on this special National Day.

He also says attendance at these events will be strictly by invitation and in compliance with covid-19 safety protocols.

President Muhammadu Buhari who was sworn in as the President on May 29th 2015 had declared the 12th of June as the Nations’ Democracy day to honour Chief Moshood Kahimawo Olwale Abiola who won the annuled June 12 1993 Presidential Election.

The handover date which had stood as the nations’ Democracy day before the move following its proclamation by Former President Chief Olusegun Obasanjo on his swearing in 1999.

While proclaing June 12 as the Democracy Day however President Muhammadu Buhari had said the move is to finally as a nation and a people recognise the unprecedented nature of the events that happened on June 12 1993 when Nigerians voted in the Presidential Election to elect Chief Moshood Kashimawo Olawale Abiola as President with a fellow Muslim Babagana Kingibe as Vice Presidential candidate.

The unrest that followed the announcement of the annulment of the election led to the stepping aside of the then Military President, General Ibrahim Badamsui Babangida and his replacement with an Interim National Government, ING, led by Chief Earnest Shonekan, on the 27th of August 1993.

The Interim Government was later overthrown in a Palace coup by General Sanni Abacha, then Secretary of Defence, who ruled with an Iron Fist for 5 Years until his sudden death on the 8th of June 1998.