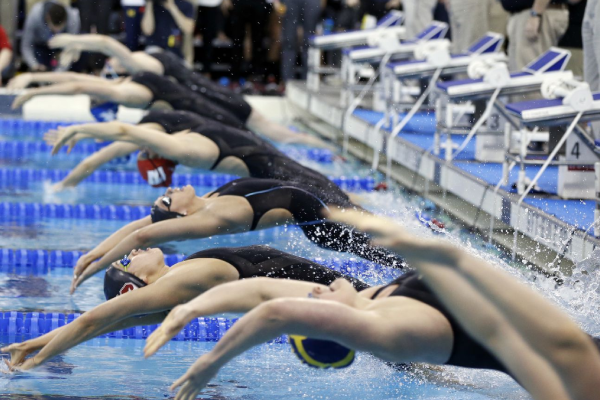 FINA, the world governing body of swimming, has resolved to exclude transgender athletes from competing in women’s elite races if they have gone through any stage of male puberty.

Fina also intends to create a ‘open’ category in competitions for swimmers whose gender identity differs from their birth sex.

The new policy, which was passed with 71% of the vote from 152 Fina members, was described as “only a first step towards full inclusion” for transgender athletes.

Male-to-female transgender athletes may compete in the women’s category, according to the 34-page policy paper, but only “if they have not undergone any part of male puberty beyond Tanner Stage 2 [which signals the start of physical development], or before age12, whichever is later.”

The decision was made during an extraordinary general meeting at the World Championships, which are now taking place in Budapest.

Earlier, Fina members received a report by a transgender task team comprised of prominent figures from medical, law, and sports.

According to Brent Nowicki, Executive Director of the governing body, “In creating this policy, Fina’s methodology was comprehensive, science-based, and inclusive, and, significantly, its approach emphasised competitive fairness”.

Fina president Husain Al-Musallam said the organisation was trying to “protect the rights of our athletes to compete” but also “protect competitive fairness”.

He said: “Fina will always welcome every athlete. The creation of an open category will mean that everybody has the opportunity to compete at an elite level. This has not been done before, so Fina will need to lead the way. I want all athletes to feel included in being able to develop ideas during this process.”

Attention to the topic of transgender women in swimming was brought to the fore in  when Thomas, an Olympic prospect, won the NCAA swimming championship in the 500-yard freestyle in March.

Although testosterone levels had previously been the focus of such discussions, the IOC’s new guidance demanded proof of where and when a performance advantage occurred.