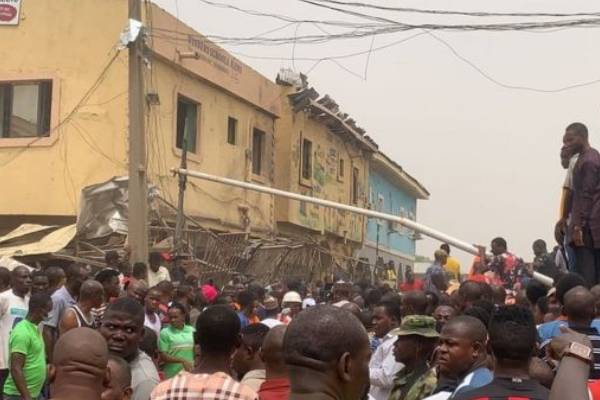 The Kano state government has clarified  that the early Tuesday morning explosion in the Sabon Gari area did not occur in a school.

The state commissioner for information, Malam Muhammad Garba said the incident happened at an animal feed store opposite the school along Aba Road, Sabon Gari area of Fagge local government.

He said while the cause of the explosion and the damage it had done is yet to be officially ascertained, investigation has since commenced to determine the cause, impact and measures to be taken.https://www.tvcnews.tv/purplegold/post.php?post=197371&action=edit#

Malam Garba called on the people in the state  particularly those living in the area where the incident occured to remain calm while government in collaboration with relevant agencies are working on the matter.

The commissioner assured that government would keep the public abreast on any development and warned people to desist from spreading unsubstantiated news.

It will be recalled that there was an explosion in a building in Sabion Gari reportedly close to a School within the area.

The early moning explosion reportedly led to the desctruction of the building with a number of Children allegedly injured while their is no clear indication of the casualty figures so far.

Emergency services have been on the scene to provide rescue services and ensure the security of the area.

The Police Explosive Ordinance Department have also visited the scene to determine the cause of the explosion.

Though the State Commissioner of Police, Samaila Dikko, while speaking to newsmen in the aftermmath of his visit to the scene that the explosion was not caused by a bomb.

He added that the explosion was caused by a gas cylinder explosion though extensive investigations will still be carried out.

The report of the explosion in Kano had sent shockwaves round the State and the Country with many not knowing where to stand on the matter especially coming just a few days since the death of Deborah Emmanuel in Sokoto after being lynched for alleged Blasphemy  by fellow students at the She Shagari Colege of Education Sokoto.

The unrest which had enveloped Sokoto metropolis leading to the imposition of 24 hour curfew which has since been relaxed to dusk to dawn has also left many wondering if their is any connection between the two events.