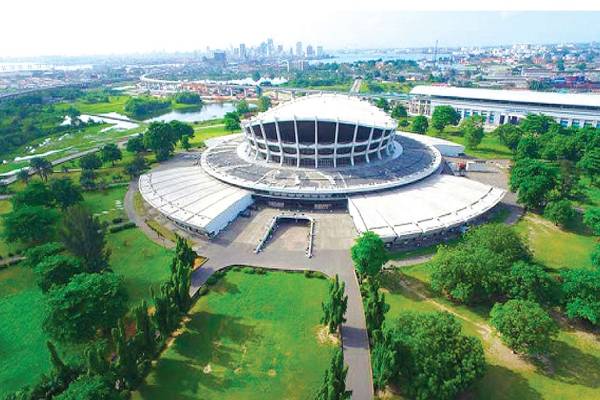 Governor of the Central Bank of Nigeria (CBN), Godwin Emefiele,  has revealed that the National Arts Theatre, which is being refurbished, has begun to attract foreign investors’ interest, particularly from the United States.

Emefiele stated this yesterday during a project inspection with members of the Bankers’ Committee.

The Lagos State Governor, Babajide Sanwo-Olu, the Minister of Information and Culture, Alhaji Lai Mohammed, and his colleague at the Ministry of Sports and Youth Development, Sunday Dare, were also present during the inspection.

Emefiele stated that President Muhammadu Buhari would commission the redesigned national heritage in November, during which the foundation-laying ceremony for the four neighboring verticals – music, film, information technology, and fashion hubs – would take place.

He assured that the investment would not be wasted, as every kobo spent in bringing the 44-year-old complex back to life would be recouped. Foreign investors from the United States and other nations have begun to exhibit interest in the potential in the center and hubs, according to him.

He added the start of the support hubs was being delayed because massive dredging and reclamation work was being done before the pilling, which would go as deep as 46 meters. He went on to say that the objective was for the President to disclose the hubs for usage before the conclusion of his presidency next year.

“It is a business where the money would be realised. I am happy that foreign investors are already showing interest, we have received inquiries even from the United States from investors who are not only interested in the National Arts Theatre but also the creative industry that we are developing,” he stressed.

Sanwo-Olu detailed the team’s several journeys before to the project’s start, underlining that the decision to proceed with the building was in the best interests of the country. He extended gratitude to the members of the Bankers’ Committee for their commitment to the project and expressed optimism that the new theatre will increase Nigeria’s competitiveness in the international creative industry.

The governor stated that the Hip-hop Award, which will be held in Atlanta, Georgia, in July, was moved outside of the country “because there is no location like the National Arts Theatre.”

“That will be the last time that that will happen. Subsequently, we will bring Americans back to the new National Arts Theatre. Now you can see that there is a lot of restoration, there are a lot of new things that are coming in and I can assure you that it will be comparable to any facility of its kind anywhere in the world.” he added.