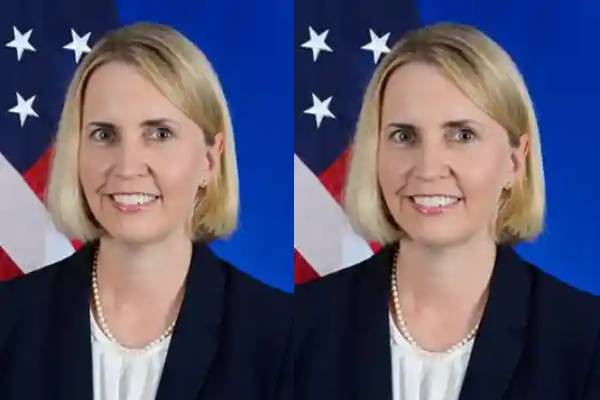 Following a visit to Ukraine by the US Secretary of State and the Pentagon commander, US President Joe Biden has nominated Bridget Brink as ambassador to the war-torn country.

Biden also plans to reopen US embassy in Kyiv and supply more aid.

Brink is a professional diplomat who is presently serving as ambassador to Slovakia.

She has served as a senior advisor and deputy assistant secretary in the US Department of State’s Bureau of European and Eurasian Affairs, where she focused on Eastern Europe and the Caucasus, as well as deputy chief of mission in Tashkent, Uzbekistan, and Tbilisi, Georgia.

The official announcement of Brink’s nomination came on Monday, following an undisclosed trip to Ukraine by US Secretary of State Antony Blinken and US Defense Secretary Lloyd Austin to meet with President Volodymyr Zelenskyy, whom he informed of the planned nomination.

The US embassy in Kyiv, which was closed days before Russia launched its assault on February 24, has yet to reopen, according to Washington.

Blinken and Austin also announced an additional $300 million in US military aid to Ukraine, as well as $165 million in ammunition. Since the invasion began, the US has provided Ukraine $3.7 billion.

There has not been a Ukraine ambassador since former President Donald Trump removed Marie Yovanovitch from the post in 2019.

Brink, who is from Michigan and speaks Russian, will have to be confirmed by the United States Senate.