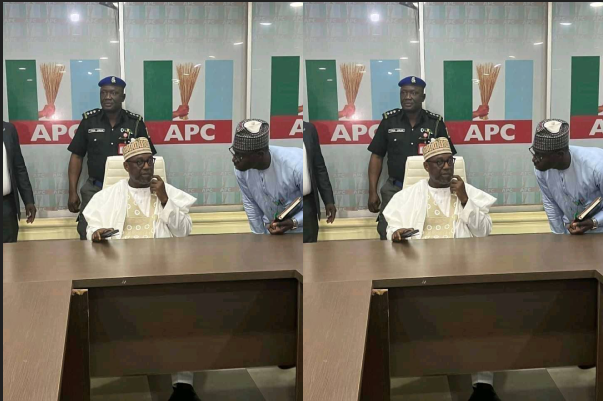 Nine of the 12 member of the All Progressives Congress’ caretaker committee are currently in a closed-door meeting with the governor of Niger State, Sani Bello.

The meeting is not unconnected with the planned removal of Mr Mai Mala Buni as the chairman of the Caretaker Committee and Extraordinary Convention of the Party.

Secretary Caretaker committee, John AkpanUdoedehe  is also part of the top members of the party attending the meeting.

Also In attendance are State Chairmen of the APC.