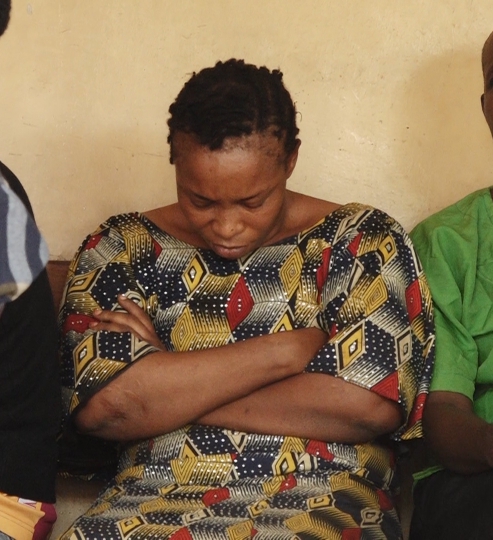 A Magistrate Court sitting in Akure, the Ondo State capital has sentenced a 36-year-old woman, Mrs Opeyemi Omoyemi, to four and half years imprisonment for inflicting heavy body injuries on his 12-year-old house help identified as Joel Sunday.

Omoyemi, a widow was arraigned before a Magistrate Court sitting on five-count charge of attempted murder, child abuse, violence against persons prohibition among others.

The defendant was said to have used stick and razorblade to inflict multiple injuries on the body of the house help who she accused of stealing pieces of meat from the pot.

Delivering his Judgment, Chief Magistrate Olufunumilayo Edwin sentenced the defendant to three and half years on the first count charge of grievous harm she inflicted on the victim in the viral video.

The defendant was also sentenced to one year imprisonment on count five.

Before the chief Magistrate delivered the judgement, counsel to the defendant, Foluso Kayode had asked the court to be lenient to his client.

He added that his client, is a first offender, she has not been arrested for any inhuman behaviour