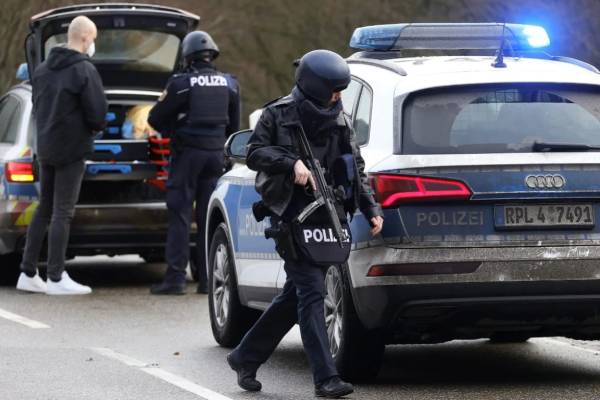 Two police officers were shot and killed while on regular patrol on a rural road in western Germany on Monday.

The incident occurred around 4.20 a.m. local time during a traffic check near the town of Kusel, according to Kaiserslautern police.

According to police spokesman Bernhard Christian Erfort, the officers – a 24-year-old woman and a 29-year-old male – were able to radio that shots were being fired.

Mr Erfort said he couldn’t say whether the officers wanted to inspect something specific about the assailants’ vehicle or if it was just a normal check.

The assailants escaped, and authorities have no description of them, their vehicle, or the direction in which they left.

A manhunt has been extended to the neighbouring German state of Saarland, police said.

Officers in the Kusel area cautioned drivers not to pick up hitchhikers and said at least one suspect is armed.

According to the GdP police union, the younger officer slain in Monday’s tragedy was still enrolled in a police academy.

Seven LGs in Niger under siege by bandits- Sani Bello