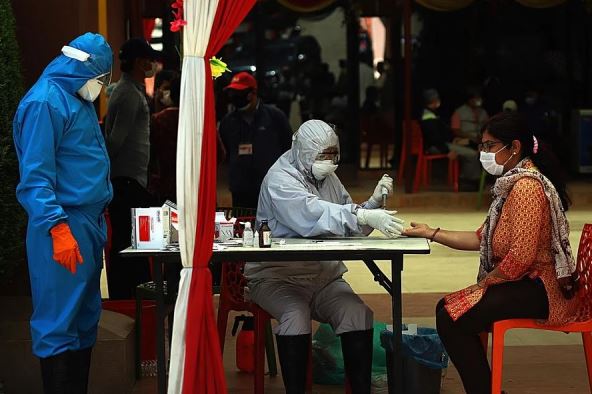 According to several prominent scientists, India’s Covid-19 infections, led by the Omicron form, may witness a significant surge in the next weeks, adding that the variation was already in community transmission and hospitals were seeing more patients despite a decrease in cases in major cities.

In the last 24 hours, India’s health ministry registered 306,064 new infections, down 8% from the average daily cases reported in the previous four days. The death toll fell to 439, the lowest in five days.

However, weekly positive rates increased to 17.03 percent in the week ending Jan. 24, up from 0.63 percent the week before, thanks to the highly transmissible Omicron variety.

“Omicron is now in community transmission in India and has become dominant in multiple metros,” a report by the Indian SARS-CoV-2 Genomics Consortium (INSACOG) said in a report released on Sunday.

The majority of Omicron variant instances have been moderate, according to the advisory panel, while hospitalisations and cases in intensive care are on the rise.

After reaching peaks in the preceding two weeks, major cities like Delhi, the capital, and Mumbai, the financial hub of Maharashtra, have seen considerable declines in cases.