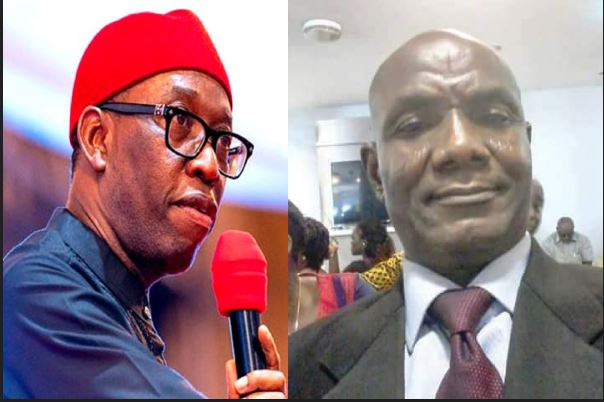 Okowa recalls EAC Oghenesivbe three weeks after he was sacked

Governor of Delta State, Ifeanyi Okowa, has recalled to duty his Executive Assistant on Communications, Fred Latimore barely three weeks after he was sacked.

The governor had on 29th December, 2021, relieved his appointment on grounds of gross insubordination and recklessness, traced to a post the Mr Latimore made on social media which was condemned in government circles.

Governor Okowa in a recall letter signed by the Secretary to the State Government, Patrick Ukah, cautioned Mr Latimore to strictly abide to the rules of engagement for political appointees and aides to the governor.

Reacting to development, Coalition for Media Politics and Governance in a statement by its Publicity Secretary, Tagbarha Malcolm, thanked Governor Okowa for being a listening, pragmatic, foresighted and responsive leader.