The Nigeria Security and Civil Defence Corp in Zamfara has arrested a Cattle rustler, suspected armed bandit, his elder brother and his biological Mother 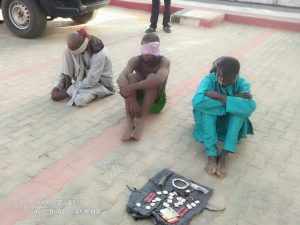 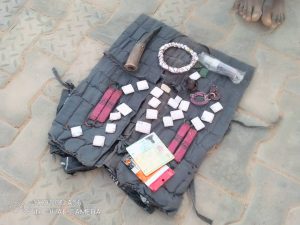 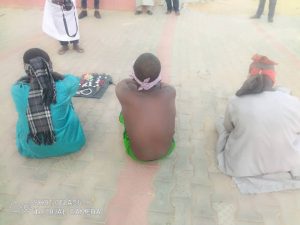 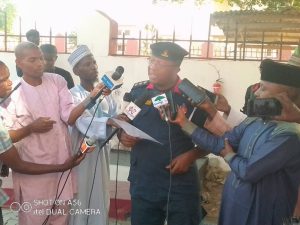 They were arrested at the motor park while trying to flee to Taraba and Niger states with their families and relations to meet their partners in Crime.

The suspects are between the ages of 20 and 30 years old.

Hussaini Altine, one of the suspects, was apprehended in a motor park with his elder brother and mother as they were going to board a public bus to Taraba State to join his wife and other criminals who were already waiting for them to resume their heinous deeds.

The other suspect Tukur Halilu who is a notorious cattle rustler was arrested while on his way to Niger State.

Addressing Newsmen in Gusau, the spokesperson of the Zamfara State Command of the NSCDC says men of the command have been on the trial of the Suspects for a very long time.

Items recovered from the Suspects includes assorted Chams, sharp horn among other things.