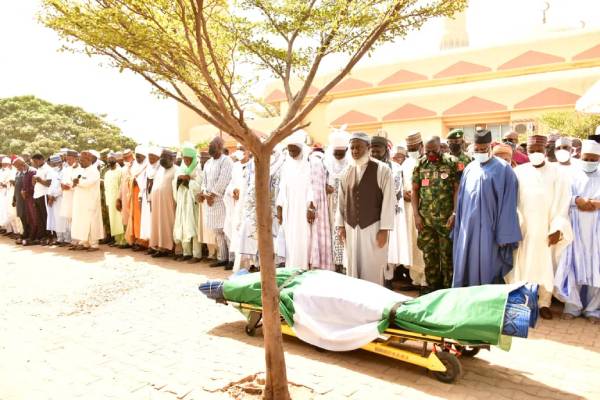 Burial of of General Mohammed Wushishi in Niger state

As the remains of Gen. Mohammed Inuwa Wushishi (RTD) is been laid to rest, Governor Abubakar Sani Bello of Niger State says that his demise has created a huge vacuum difficult to be filled. 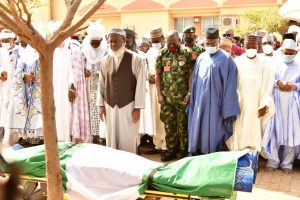 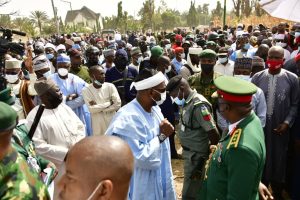 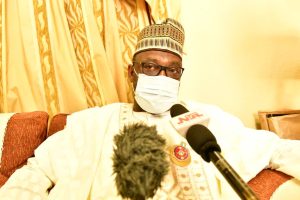 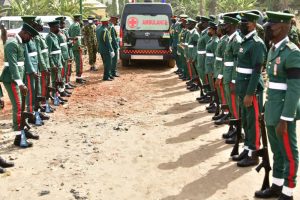 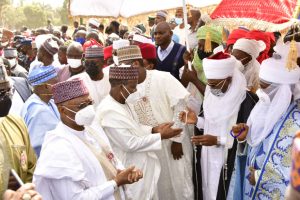 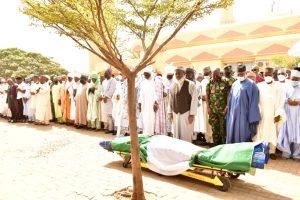 Governor Sani Bello said this at the burial of Gen. Mohammed Wushishi which took place at the Sultan Bello Mosque, Kaduna.

In a statement by his chief press secretary, Mary Noel-Berje, Governor Bello said that he was short of words to describe the devastating effect of the demise of the General considering his experiences, wise counsels and also ability to coordinate the activities of elder statesmen in the state.

The Governor added that the former Chief of Army Staff lived an exemplary life ensuring that things were done rightly.

He prayed Allah to forgive him his sins, reward him with Aljannah Firdausi and grant the family the fortitude to bear the irreparable loss.

The funeral prayer was attended by people from all walks of life including serving and retired military officers, among them were the former head of state, General Abdulsalami A. Abubakar (rtd), Col. Sani Bello former Governor of Kano State, while the Etsu Nupe and Chairman Niger State Traditional Council of Chiefs, Alh Yahaya Abubakar led other emirs from the state.

Minister of Defence Bashir Salihu Magashi, Chief of Army Staff Lt. Gen. Faruk Yahaya, Senior Special Assistant to the President on Media and Publicity Garba Shehu among others were also at the funeral prayers as part of federal government delegation.