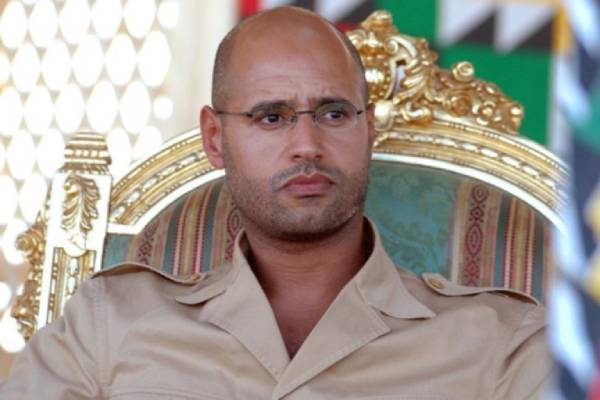 Seif al-Islam Gaddafi, the son of the late Libyan dictator Muammar Gaddafi, has declared his candidacy for President of Libya in the country’s December presidential elections.

“Seif al-Islam Kadhafi submitted… his candidacy for the presidential election to the High National Electoral Commission office in the [southern] city of Sebha,” according to the electoral commission.

The commission stated that he had met “all of the necessary legal requirements” and that he had been issued a voter registration card for the Sebha district.

Libya’s first-ever direct presidential election, with a first round on December 24, is the culmination of a UN-led process launched last year to put an end to years of violence following Gaddafi’s overthrow in 2011.

Seif al-Islam, the second of Gaddafi’s eight children, was sentenced to death in July 2015 for his role in the murderous repression of the 2011 revolt. He was released from a Libyan prison in 2017.

Seif al-Islam emerged from the shadows in July, telling The New York Times that he was planning a political comeback.

The International Criminal Court has issued an arrest warrant for the dictator’s former heir apparent for crimes against humanity (ICC).

The dictator Muammar Gaddafi had eight children in total, the majority of whom played important roles in his regime.

Muatassim, his son, was assassinated at the same time Gadhafi was apprehended and killed. Seif al-Arab and Khamis, two other sons, were killed earlier in the uprising. After being extradited from neighboring Niger, another son, al-Saadi Gadhafi, was released in September after more than seven years in detention in Tripoli.