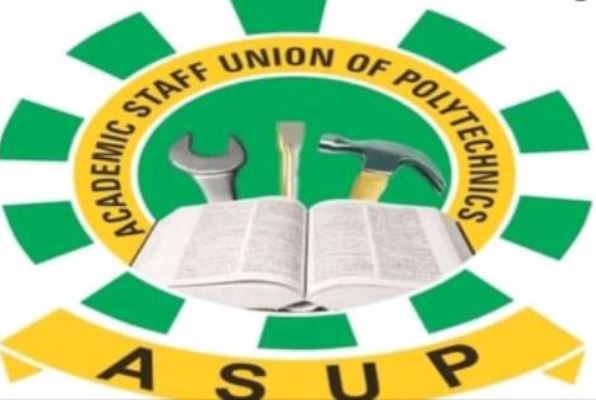 The Academic Staff Union of Polytechnics (ASUP) has asked the federal government and various state governments to settle outstanding minimum wage arrears to its members as outlined in the Memorandum of Action(MoA).

The union also expressed displeasure with the delayed release of the authorized N15 billion Revitalisation Fund, as well as the failure to pay salaries to its members at some state-owned institutions and the failure to begin renegotiation of the 2010 agreement.

The decisions were made during the 101st Regular ASUP National Executive Council (NEC) meeting, which took place at the Gateway ICT Polytechnic in Saapade, Ogun State, according to Yelwa.

The statement read in parts: “ASUP equally expressed dismay at recent reports of infractions in the process of appointment of Principal Officers in Federal Polytechnics and some state-owned polytechnics in disregard to the provisions in the extant laws.

“The union particularly noted the events at the Federal Polytechnics, Ekowe, Offa and Mubi, where the process of appointment of Rectors were flawed, leading to the shortlisting of unqualified persons.

“The union notes that the council affairs in Federal Polytechnics, Oko, Offa, Auchi and Kaura Namoda has been relocated to the FCT without due consideration to the cost implication on the institutions, safety of staff and sensitive documents as well as general administration of the affected institutions.”

However, Yelwa stated that in the event of a breakdown of industrial harmony, citizens should hold the government accountable, adding that the union and its members had shown great patience and restraint.

According to Yelwa, the union will deepen its consultations on the next action as there will be no further warnings if the government failed to meet its demands.