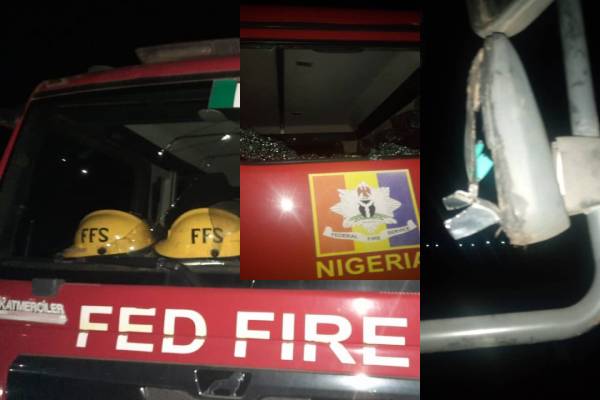 The Controller General, Liman Ibrahim said the attack on firefighters and fire trucks by hoodlums is unacceptable and those responsible will definitely not go unpunished.

The attack took place on Wednesday along Felele road when firefighters were turning out to a car fire at Al-Salam fuel station opposite Kogi State Polytechnic.

In a statement by the spokesperson for the service, Huan Ugo, the State command had received a fire call concerning a car fire, while approaching the scene, mob armed with dangerous weapons began to attack the truck which was conveying firefighters.

parts of the fire engine were damaged and the firefighters who are now receiving treatment at the hospital were injured.

She said this is the second time in Kogi State firefighters will be attacked and the matter has been reported to the Police for investigation and subsequent arrest of those responsible.