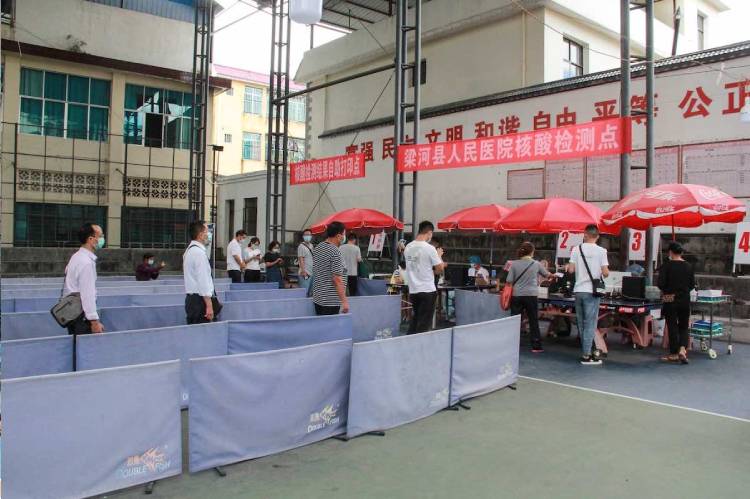 The central Chinese city of Wuhan has prepared enough supplies for people in neighborhoods under a new lockdown, city officials said during a press conference on Tuesday,

Multiple regions of the city have been affected during the last seven days, with the Wuhan Economic and Technological Development Zone and Jiangxia District seeing the most new cases.

“Wuhan saw a total of 73 confirmed and asymptomatic cases from August 2 to August 9, 2021. On August 9, four confirmed cases and three asymptomatic cases were reported, six of which were linked to infected patients from a tour group in Jiangsu’s Huai’an, and the other case came from a medium to high-risk area outside the province “He Zhenyu, deputy director of Wuhan’s disease control and prevention center, said.

The government is ensuring that food and other daily essentials are in sufficient supply while the city takes urgent efforts to prevent the spread by placing crucial regions under lockdown.

During this rapid epidemic, the city has also made extraordinary precautions to protect its senior residents. Wuhan’s 275 retirement homes have been put on lockdown since August 1.