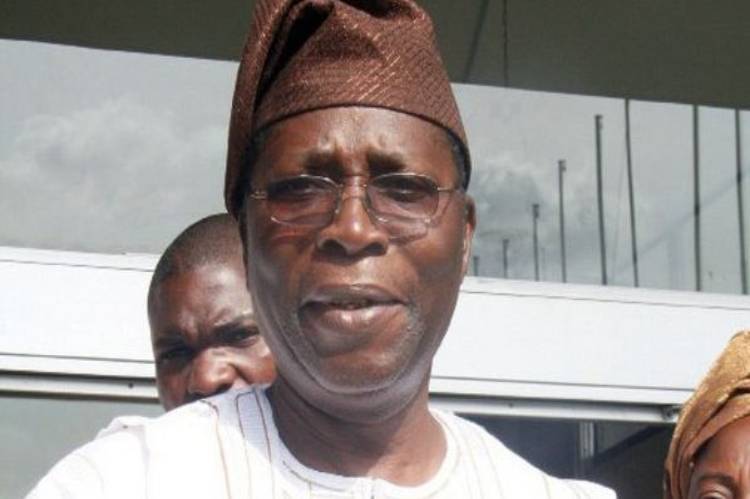 Ogun State governor, Dapo Abiodun, has mourned the death of the former Military Governor of Oyo State, General Adetunji Idowu Olurin (rtd), who passed on Saturday morning at the age of 76.

Abiodun, in a statement by his Chief Press Secretary, Kunle Somorin, on Saturday, expressed shock over the news of the death of Olurin, who he described as a gallant military officer and astute administrator.

According to the governor, the death of the former Civilian Administrator of Ekiti State, occurred at a time the country and Ogun State needed his security expertise in tackling various security challenges confronting the nation.

He added that the late General was an illustrious son of Ogun State, who put the state and Nigeria on the global map with his exploits when he served as the ECOMOG Commander in Liberia.

“General Olurin of the popular Olurin Family in Ilaro, Yewa South Local Government Area of the state served Nigeria and ECOWAS in many capacities.

At the international level, he was ECOMOG Commander.

“As a recipient of many honours including the United Nations Peace Medal and the Knight Commander of the Humane Order of African Redemption (KCHOAR), Liberia’s highest national honour award, as well as an honorary Paramount Chief of the Republic of Liberia, he had made Ogun stand out, not only the country, but at the global level.

“On behalf of my family and the people of Ogun State, I commiserate with the entire Olurin Family of Ilaro. The demise of one of Nigeria’s finest military officers is a painful loss to our state and the country.

“We shall continue to remember the late General for his meritorious service to his fatherland as well as statesmanship. He shall be sorely missed not only by his family and kinsmen in Ilaro, but the entire people Ogun, and by extension Nigeria.

“I pray the Almighty God rest his soul, forgive his shortcomings and grant his family members fortitude to bear this irreplaceable loss”. Abiodun was quoted to have said in the statement.