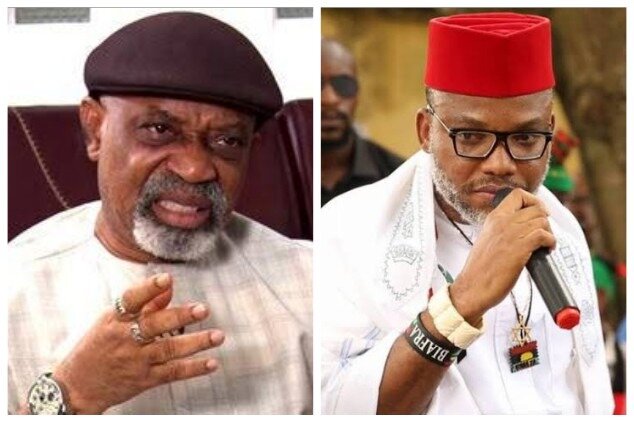 The Minister of Labour and Employment, Chris Ngige, has warned the Indigenous Peoples of Biafra to stop linking him to the rearrest of their leader, Nnamdi Kanu.

Ngige said he was too engaged with his duties as Minister and hence, lacks the time to meddle into security and diplomatic matters, which clearly fall within the mandate of the Nigerian Security and National Intelligence Agencies.

Chris Ngige described the statement by the IPOB spokesman, Emma Powerful, attempting to link him with the arrest of Nnamdi Kanu as deceitful, mischievous, malicious and wicked.

Igangan attack was carried out by smugglers – Nigeria Customs