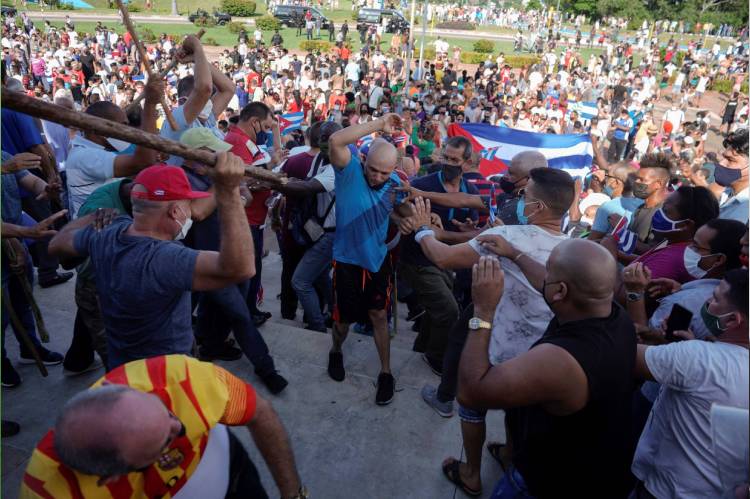 Cuba’s communist island nation erupted in anti-government protests on Sunday, as citizens took to the streets to protest the country’s increasing economic problems in the wake of the coronavirus pandemic.

Reports say this will be the first major protest in the last 60 years.

The largest protests in decades saw thousands march through the streets from Havana’s famed Malecon to Santiago de Cuba at the country’s southeastern tip, chanting “freedom” and “yes, we can” in opposition to increasing blackouts and food and medical shortages, according to The Washington Post.

Protests appeared to begin in the central Cuban city of San Antonio de los Banos before spreading across the island and being broadcast online. As of late Sunday, more than 50 protests had been recorded in towns and cities.

The Cuban government was quick to accuse the United States as foreign agitators and the minister blamed the unrest on foreign “imperialist” countries and “salaried” protesters.

Jose Miguel Vivanco, the executive director of the Americas Division of Human Rights Watch, said they have received complaints of arbitrary arrests of protesters as well as possible Internet outages.

“Thousands of Cubans want to live better and with basic freedoms,” he said. “Faced with that fair claim, it seems that, once again, Diaz-Canel is only capable of responding with repression.”

The Inter-American Commission on Human Rights said it has also received reports of use of force, arrests and attacks on protesters and journalists as well as cuts to the Internet.