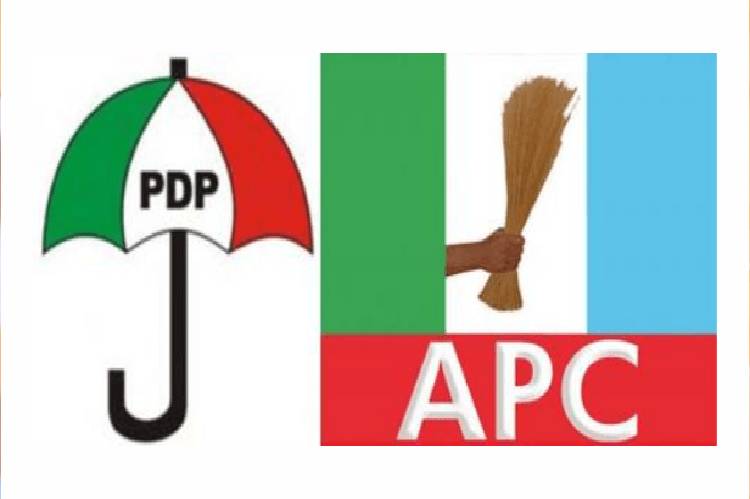 'The lifespan of your party will not extend beyond 2023', PDP tells APC leaders

The Peoples Democratic Party (PDP) has asked President Muhammadu Buhari to stop daydreaming, claiming that his party, the All Progressives Congress (APC), will not survive through May 29, 2023, the conclusion of his disastrous tenure.

The party advised President Buhari not to be deluded into thinking that by using coercion to drag feeble-minded politicians as well as rejected corrupt persons into its folds, the APC, which has devolved into a derelict pirate ship, can survive beyond May 29, 2023.

A statement signed by the party’s national secretary Kola Ologbondiyan says PDP’s position is predicated on the recent laughable statement credited to President Buhari and APC leaders that APC has “bounced back to life” and that people are defecting to APC because of the achievements of its administration.

The PDP advised Mr. President’s handlers and APC leaders to stop pressuring President Buhari into making such delusional statements, as Nigerians are aware that while millions of well-meaning citizens across the country are rallying on the PDP’s platform to save our country from misrule, only a few individuals with skeletons in their closets are hopping into the APC to gain official co-operation.

After all, when such individuals join the APC, all their misdemeanors, which border on corruption, are immediately pardoned.

Today, the APC has become a sanctuary of “who is who” in the world of corruption as well as army of terrorist apologists, election riggers and patrons of bandits, kidnappers and vandals.

It is rather ludicrous that President Buhari is trying to whitewash the APC, when at the same event, he admitted that the APC is a crisis-ridden party and home of violence, selfishness and animosity, when he openly stated that “we are all witnesses to the crisis that engulfed the party leading to litigations and presented a picture of selfishness and division”.

Moreover, our party invites Nigerians to note that the APC and the Buhari Presidency have failed to respond to our demand to point to any legacy project they initiated and completed in any part of the country in the last six years.

The Buhari Presidency and the APC have also failed to account for the over N15 trillion reportedly stolen from our national coffers by APC leaders and cronies of the Buhari administration as well as the huge foreign loans which President Buhari, who will leave office in two years’ time, is hanging on the future of our nation.

The truth which Mr. President must accept is that Nigerians cannot be beguiled by such claims on the decrepit APC and its administration, which have caused so much devastation to our economy, governance and national cohesion.

The PDP therefore urged the remaining patriotic Nigerians still trapped in the APC to be courageous and join other compatriots rallying on the platform of the PDP in the collective effort to rescue our nation from the stranglehold of the APC.

‘Our problem is not ethnicity or religion, it is ourselves’- Buhari