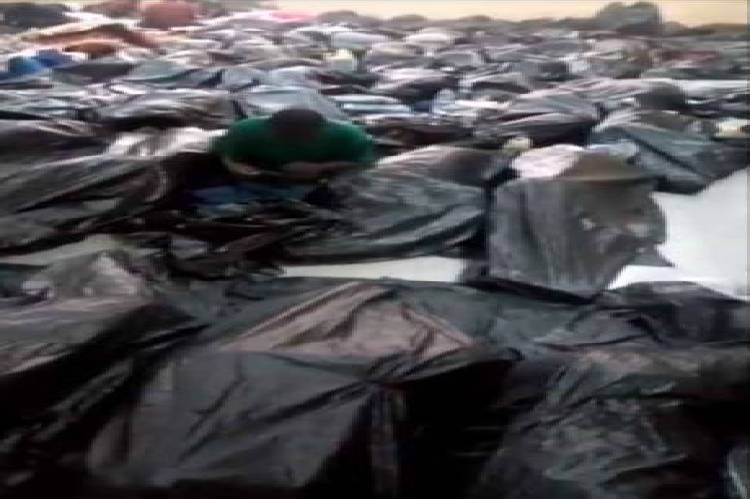 About six hundred Nigerians who have been stranded in Saudi Arabia for more than seven months have cried out for help.

A viral video circulating on social media showed bodies, wrapped in black polythene bags, lying on the floor in a packed room.

Reacting top the video, Chairman of the Nigerians In Diaspora Commission (NIDCOM) Abike Dabiri-Erewa said ‘Nigerian irregular migrants in Saudi Arabia are due to be evacuated on the 28th and 29th of January, pending any unforeseen issues.”

According to a Twitter user with the handle @KsaApc, some of the affected persons were not able to renew their residencies in the Muslim country.

The evacuation is expected to be carried out in two batches of 400 and 200 by the Ministry of Foreign Affairs, the NIDCOM chairman said.

Ms Abike Dabiri said “their evacuation was delayed due to issues relating to Covid-19.

NIDCOM has serially intervened in cases of stranded Nigerians abroad, especially during the coronavirus pandemic.

In August, the agency helped to facilitate the evacuation of 261 Nigerians stranded in China.