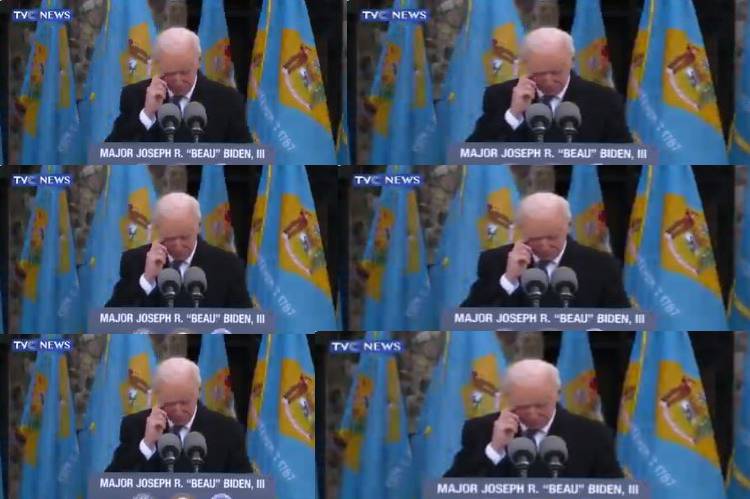 US President-elect, Joe Biden, on Tuesday gave an emotional farewell to Delaware as he headed to Washington, remembering his son Beau and telling supporters, “We should be introducing him as President.”

In 2015, his son Joseph “Beau” Biden III, an Iraq war veteran who had served as Delaware’s attorney general, died from brain cancer at age 46.

Biden plans to sign dozens of executive orders and send sweeping bills to Congress in his first days in office, aiming to roll back some of Donald Trump’s signature policies on immigration and climate change while taking action to ramp up the government’s response to the coronavirus crisis.

US President-elect, Joe Biden gives emotional farewell to Delaware as he departs for Washington on eve of his inauguration. pic.twitter.com/WPWEOXqdiL

He is expected to seek a $1.9 trillion spending proposal aimed at accelerating the distribution of coronavirus vaccines while providing economic relief to millions of Americans hurt by the pandemic, and impose a mask-wearing requirement on all federal property, planes and buses.

He is also expected to bring the United States back into the Paris Climate Agreement, the global pact forged five years ago among nearly 200 nations to avoid the worst impacts of climate change. Trump vowed in 2016 to pull the United States out of the agreement, making good on that promise in November 2020.

On immigration he is expected to repeal the ban on almost all travel from some Muslim-majority countries and send to Congress a sweeping immigration bill that could legalize millions of immigrants living in the United States without legal permission.

Biden is also expected to reinstate the program allowing “Dreamers,” people who were brought to the United States illegally as children, to remain in the country.