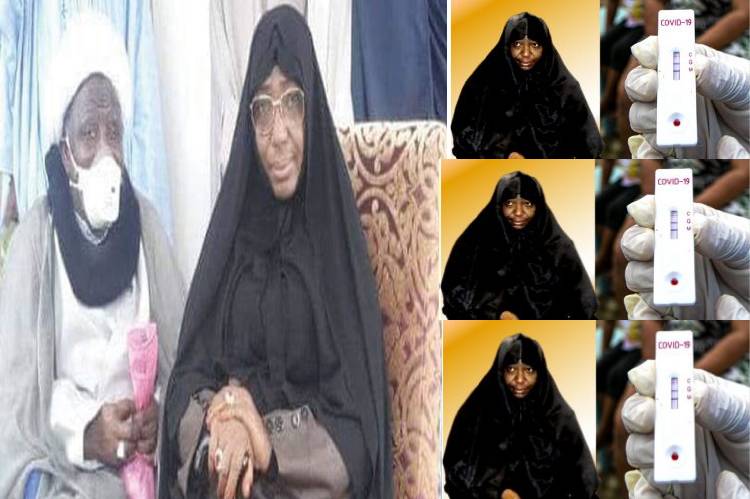 A Kaduna High Court on Monday ordered authorities of the Kaduna Correctional facility to as a matter of urgency release the wife of the embattled leader of the Islamic Movement in Nigeria, Zeenat El-Zakzaky for Covid-19 treatment.

Recall that members of the IMN, had last week, renewed calls for the release of El-Zakzaky and his wife, claiming that Elzakzaky’s wife had tested positive for COVID-19 inside the Kaduna Correctional facility where they are being detained since 2015.

At the resumption of the hearing on Monday, the Presiding Judge, Justice Gideon Kurada, gave the order during the secret trial of the Shi’ite leader and the wife.

The Prosecution and the Defence Counsels, Christ Umar and Femi Falana(SAN) confirmed to newsmen shortly after the court session that Zeenat tested positive for the coronavirus.

According to Falana, the legal team of the IMN leader and wife has presented the results of the test before the court and applied that Zeenat, the second defendant in the trial who tested positive for the virus more than one week now be availed with a proper medical facility to get treatment.

He said the Medical facility at the Kaduna Correctional Center did not have the needed facilities to treat the virus.

Falana said, “Today at the resumed trial of the client case, the prosecution brought four witnesses including a medical doctor who testified before the court.

“But we also applied to the court, we drew the attention of the court on behalf of our clients to the fact that the wife of our client Zeenat had tested positive to the dangerous Covid-19 pandemic and she is being treated in the medical center of the correctional facility.

“We applied to the court that the authorities should take her to a government hospital that has the facility to treat the virus.”