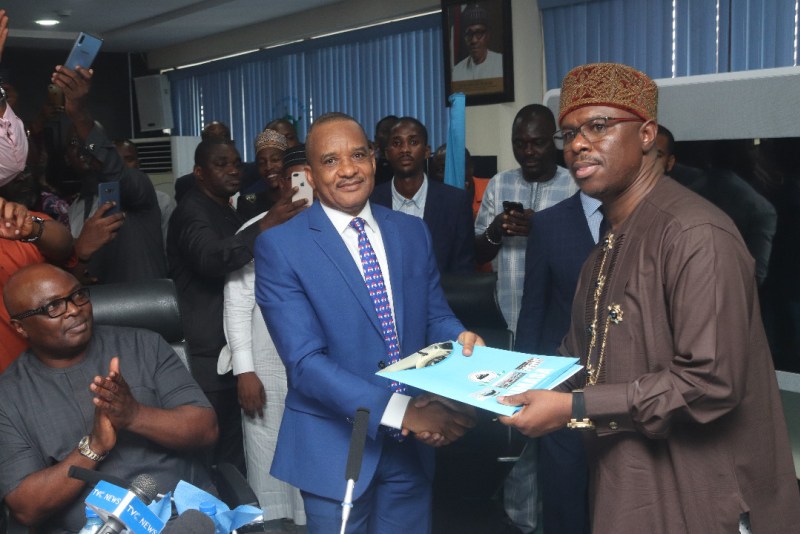 A new executive management team led by Bashir Jamoh has taken over operations at the Nigerian Maritime Administration and Safety Agency.

Both the outgoing and the new management team converged on the board room of the agency’s headquarters in Lagos, to observe the official handover formalities.

Jamoh, who is the immediate past Executive Director, Finance and Administration, at the Agency, lauded President Muhammadu Buhari for believing in merit, continuity and expertise in making appointments.

The new Director General, promised to consolidate on the gains of his predecessor, Dakuku Peterside, who he acknowledges contributed immensely to the country’s maritime and shipping development.

The appointment of Bashir Jamoh as the new Director General of NIMASA was announced last week following the expiration of the four year tenure of Dakuku Peterside which was not renewed.