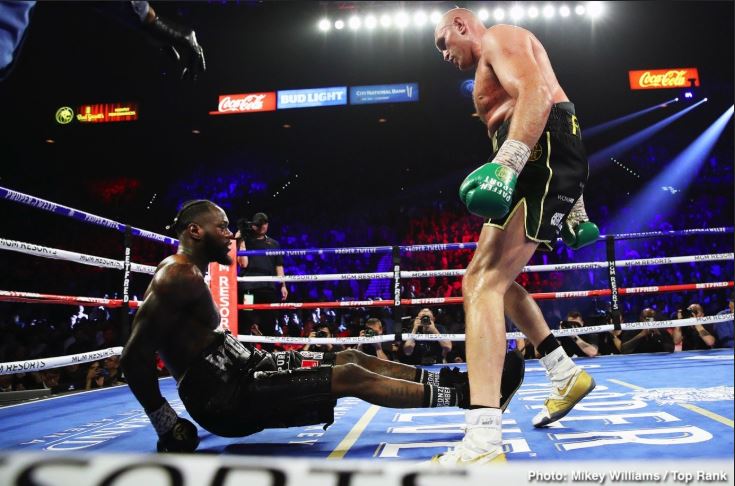 In a surprising upset, Tyson Fury (30-0-1, 21 KOs) defeated to WBC heavyweight champion Deontay ‘The Bronze Bomber’ Wilder (42-1-1, 41 KOs) in stopping him in the 7th round on Saturday night at the MGM Grand in Las Vegas, Nevada.

Wilder’s corner pulled him out of the fight by throwing in the towel. He was bleeding from one ear, his balance was gone from round 3. It’s possible that Wilder suffered a broken eardrum from the cuffing punches from the 6’9″ Fury.

Wilder was down in rounds 3 and 5. Fury was penalized a point in round 5.