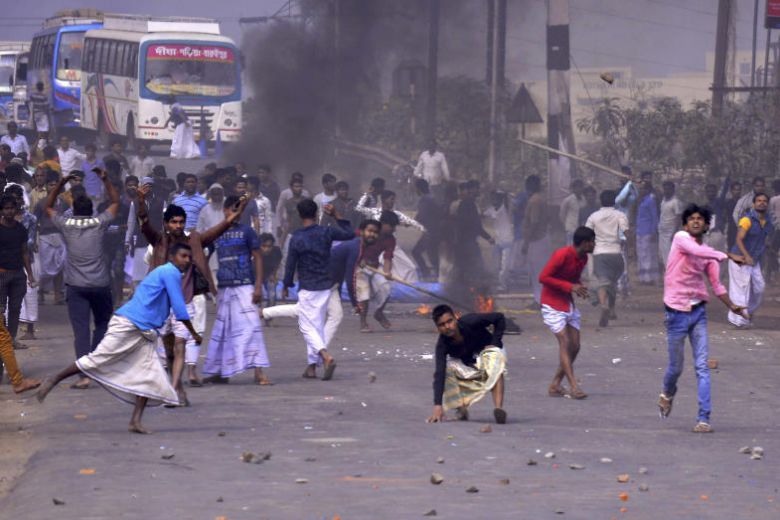 At least six persons have been killed from violent protests in northeast India over a contentious citizenship Amendment Bill, which creates an expedited path to citizenship for migrants who entered the country illegally and belong to one of six religions, excluding Islam.

Protesters in West Bengal set fire to part of a railway station complex, as well as some stores and buses, prompting calls for peace from Mamata Banjeree, the state’s chief minister.

Opposition parties say the bill is unconstitutional as it bases citizenship on a person’s religion and would further marginalize India’s 200 million-strong Muslim community.

The new law could give Indian citizenship to immigrants from three neighboring countries but not if they are Muslim.