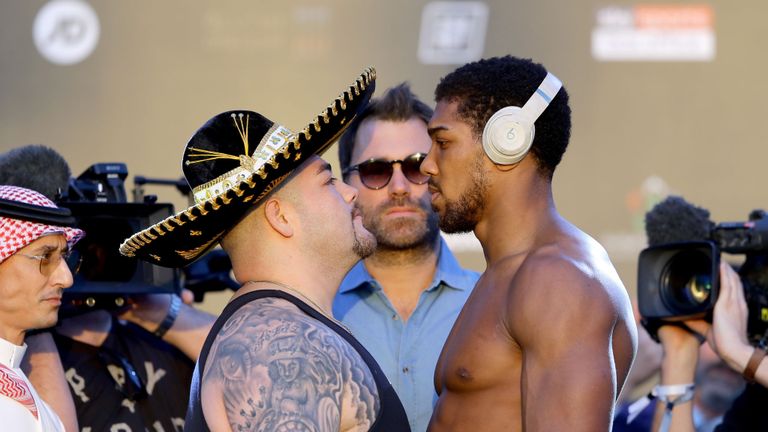 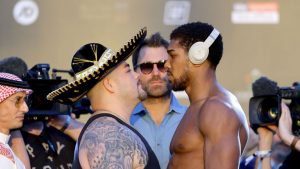 British heavyweight Boxer, Anthony Joshua will seek to regain the IBF, WBA and WBO Heavyweight titles, when he takes on Andy Ruiz on Saturday in Saudi Arabia.

The rematch is coming six months after Joshua suffered a shock defeat to the Mexican at New York’s Madison Square Garden in June.

The Briton will be fighting at his lightest weight in five years, after he weighed in at a Hundred and seven kilograms, in his bid to stay in top shape for the encounter.

A win for Joshua will see him regain the world heavyweight titles, paving way for massive fights with WBC Champion, Deontay Wilder and Tyson Fury.

Meanwhile female boxing fans and tourists gathered in Diriyah, to watch Anthony Joshua and Andy Ruiz weigh-in ahead of their highly anticipated rematch in the city.