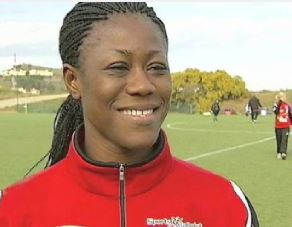 Former Super Falcons Captain and Goalkeeper, Precious Dede has been appointed as Goalkeeper trainer for the Indian Under 17 Women’s national team.

India will host the 2020 FIFA Women U-17 World Cup which will be the first time the country will be hosting a FIFA Women’s Football tournament.

Dede was capped 99 times by Nigeria and won four Africa Women’s Cup of Nations title with the Super Falcons.