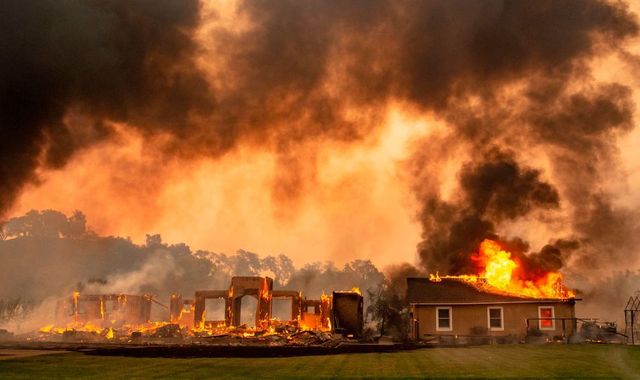 Thousands of residents have been forced to evacuate their homes as a wildfire rages in California.

The Kincade fire driven by powerful winds has engulfed 10,000 acres of land in Sonoma County and is yet to be contained.

At least 40,000 fled their homes in the foothills north of Los Angeles, with winds of up to 40mph fanning the flames and creating huge plumes of smoke in the Santa Clarita area.

The fire whose cause is unknown has destroyed several structures

California is still recovering from wildfires last year that killed about 100 people.