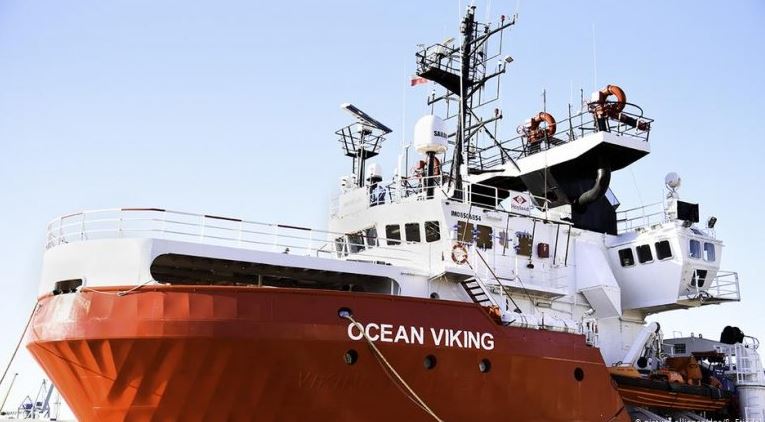 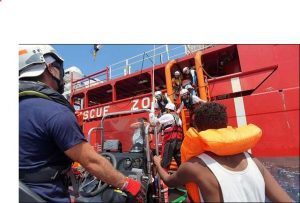 Charity rescue ship Ocean Viking headed toward the southern Italian port of Taranto on Tuesday after the government gave it authorization to bring 176 migrants ashore in a decision that angered the far-right League.

The approach of the Ocean Viking, which is run by French charities Médecins Sans Frontières (MSF) and SOS Méditerranée, has coincided with a jump in the number of migrants reaching Italy under their own steam in a flotilla of small boats.

It also comes at a time of continuing dispute within the European Union over how to handle the newcomers as Italian efforts to create an automatic distribution mechanism struggled to gain widespread support.

The Ocean Viking picked up 74 people off the coast of Libya on Sunday and a further 102 people, including 12 women and nine children, in a separate operation later the same day.

The League quit the coalition in August, opening the door for the center-left Democratic Party (PD) to enter government. The PD has pushed for a more moderate immigration policy and has looked to Europe to help share the strain.

Salvini denounced on Tuesday the decision to let the Ocean Viking dock immediately.

“The Ocean Viking is a French NGO and is Norwegian-flagged. Can you tell me why it has to come to Italy?? Either go to France, or go to Norway,” he wrote on Twitter.

He likewise pointed to the large number of migrants arriving without NGO help — a phenomenon that has picked up in recent weeks. Highlighting the point, more than 200 migrants reached the island of Lampedusa on Monday alone in three boats.

Official statistics show that 822 migrants have arrived in Italy over the past two weeks, not counting the 176 aboard the Ocean Viking who are set to disembark on Wednesday, by comparison with 1,007 for the whole of October last year.

Dozens of migrants have also died trying to make the crossing in recent months and Italian authorities said on Tuesday they had located the wreckage of a boat that sunk off Lampedusa on Oct. 7.

The bodies of 13 women were found at the time and an official said at least 12 more corpses had been located at the wreck site, at a depth of some 60 meters. Efforts to retrieve the dead would start on Wednesday, officials said.

Interior ministers from five European Union countries, including Italy, announced last month that they had agreed on a new scheme to distribute migrants saved from the Mediterranean in a deal aimed at relieving the pressure on southern EU states.

Rome had hoped to sign up many other EU partners to the project, but as of last week only two further states had stepped forward. It was not clear which, if any EU countries would take in some of the Ocean Viking migrants.

Italy and neighboring Malta have long complained that they have been left alone to deal with the hundreds of thousands of migrants who have crossed the Mediterranean in recent years looking for a better life in Europe.