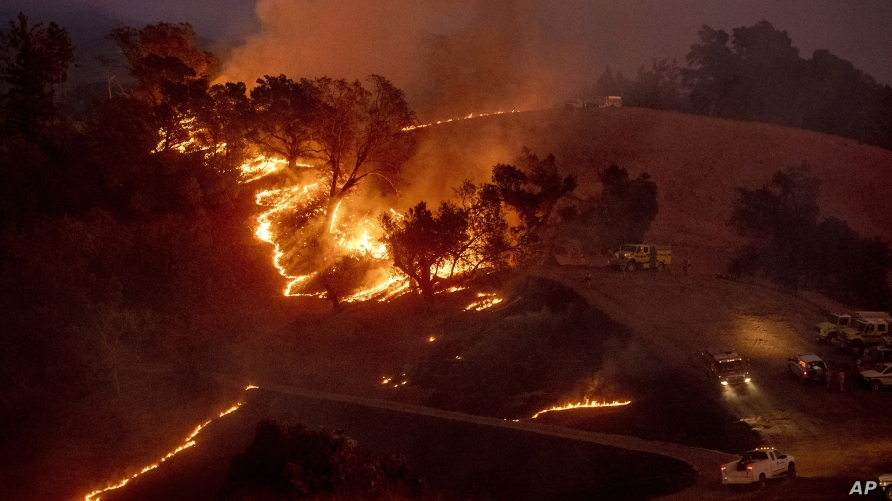 The flames swept through the hills of Los Angeles where many celebrities live on Monday, destroying several large homes.

Authorities are warning of worse to come with no rain and high winds forecast just as firefighters continue in their effort to put out the large blaze.

No deaths have so far been reported, but a firefighter who was seriously injured is now in a stable condition.

The state is under a state of emergency declared by governor of California and more than two million people are without electricity as it was shut off to prevent more fires.