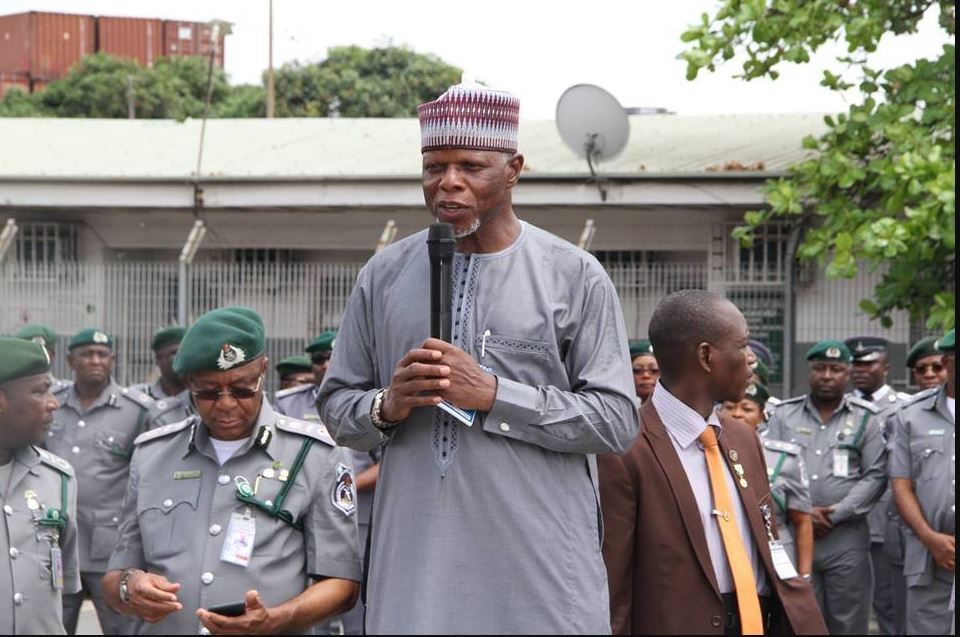 The comptroller General of customs, Ibrahim Ali says that 370 smugglers and 146 illegal immigrants have been arrested since the partial closure of the land borders.

He made this statement at a joint press briefing by the Nigerian immigration services, office of the National Security Adviser, and the Nigerian customs on the update of the partial border closure.

Mr Ali stated that the partial border closure has reduce the issue of smuggling, curb diversion of petroleum products and enhance the milling of Nigerian rice.

On his part the comptroller general of immigration added that 1,111 persons have been refused entry into the country because failure to do documentation, 278 removed from the country, 7 persons deported and 20 more will be deported.

Mr Mohammed also noted that any immigrant who have overstayed his visa in the country can register biometrics by 19th January 2020, or would be removed from the country.

The borders are open from 6am to 6pm to persons with proper documentation and who go through the recognised port.

The federal government had on 20th ordered the partial closure of the land and maritime borders in four geo political zone in the country, South, South west, north central and northwest

Governors dare labour over strike and other newspaper headlines