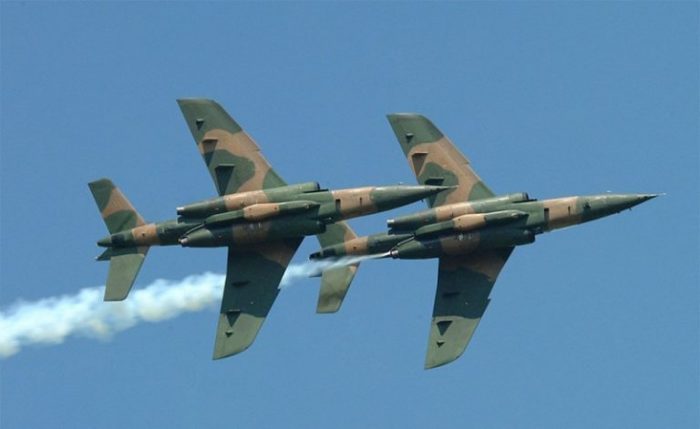 The Air Task Force, of Operation Lafiya Dole has carried out another strike on Islamic State West Africa, targets in northern Borno state.

This time the strike by the Nigerian Air Force aircraft destroyed an ISWAP training camp near Mallam FATORI close to the lake Chad. The attack followed intelligence that the target was being used for training and indoctrination of new fighters.

The air force adds that collaboration with land forces will continue to sustain the offensive in ISWAP locations on the fringes of the lake Chad.

According to the Airforce spokesperson, Air Commodore Ibikunle Daramola, the facilities were located in Mallam Fatori in the fringes of Lake Chad.

He said, “The Air Task Force of Operation LAFIYA DOLE has recorded another major feat with the destruction of an Islamic State of West Africa Province training camp near Mallam Fatori on the fringes of Lake Chad in the Northern part of Borno State.

“The operation was executed on September 10, 2019, based on credible intelligence reports and confirmatory Intelligence Surveillance and Reconnaissance missions that identified a building on one of the Lake Chad islands that was being used by the terrorists as a facility to indoctrinate and train new fighters.

“The ATF therefore dispatched its aircraft to attack the location, which upon arrival over the target area observed significant activity of the terrorists.

“The attack aircraft scored devastating hits on the building completely destroying it and neutralising the ISWAP occupants,” Damola said.