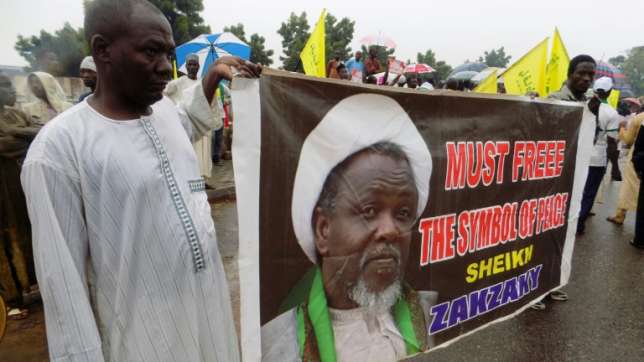 Residents of the Federal Capital Territory have described the activities of the Islamic Movement of Nigeria in Abuja as disturbing and capable of threatening the peace and safety of the territory.

They urged security agencies to call the group to order and ensure the security of people in the city.

Since the arrest and detention of El-Zakzaky, the leader of the Islamic movement of Nigeria, his followers have organised series of protests in some cities including the Federal Capital Territory demanding for his release.

The development has always resulted in traffic gridlock in the very centre of the city causing a lot of discomfort for many residents during work
hours.

In October 2018, the Police arrested 400 members of the Islamic Movement in connection with violent protests in the Federal Capital territory.  Dangerous weapons were also said to have been recovered from some members of the group.

Residents are worried that continued protests by the group is putting the city and it’s residents at risk.

The Residents want the group to behave themselves and put the rights of other road users into consideration.

The leader of the group El-Zakzaky was arrested in 2015 after his members had a confrontation with the convoy of the Chief of Army Staff in Zaria,
Kaduna state.

Lecturers to be trained on use of OpendTect Seismic Interpretation Software

Tunisia dump Ghana out of AFCON 2019 after penalty shootout