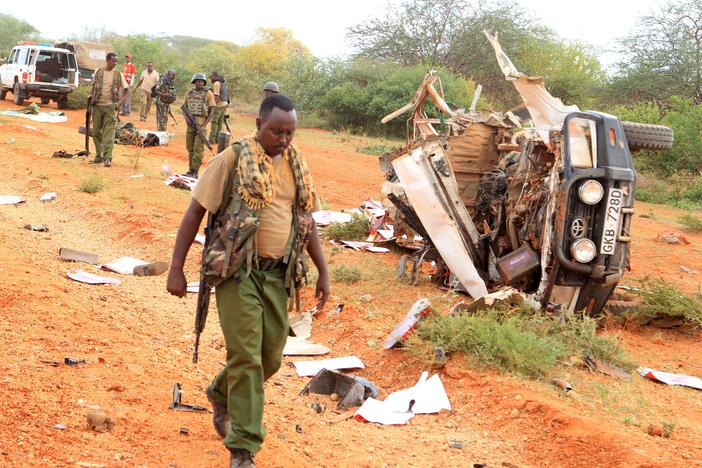 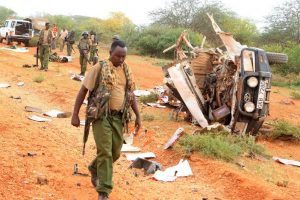 At least eight Kenyan police officers have died after their car hit a roadside bomb near the Somali border.

Eleven people were in the car when it hit the device in east Wajir county. The fate of the others is unclear.

No-one has admitted planting the explosives.

Authorities say the police had been pursuing suspected Al-Shabab Islamist militants fighting Somalia’s government and its backers, including Kenya.

The al-Qaeda-linked group has been trying to overthrow the Somali government for years.