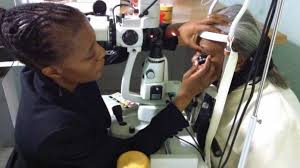 More than 600 hundred people have been screened for free cataract surgeries in Katsina state, courtesy of a programme organised by the state government and World Assembly of Muslim youths.

The free eye camp is second of its kind in Katsina and has assisted many who cannot afford the surgery in regaining their sights.

TVC News Correspondent in Katsina state, AbdulLatif Yusuf reports that the programme was a life turning point for many who have lived with failing eye sight or total blindness.

Many of the beneficiaries mostly the elderly, were selected from across the 34 local governments and could not hide their joy at the corrective surgeries that have now restored their sight.

Organisers described the eye camps as unique and a blessing to many who have lived with cataracts for years.