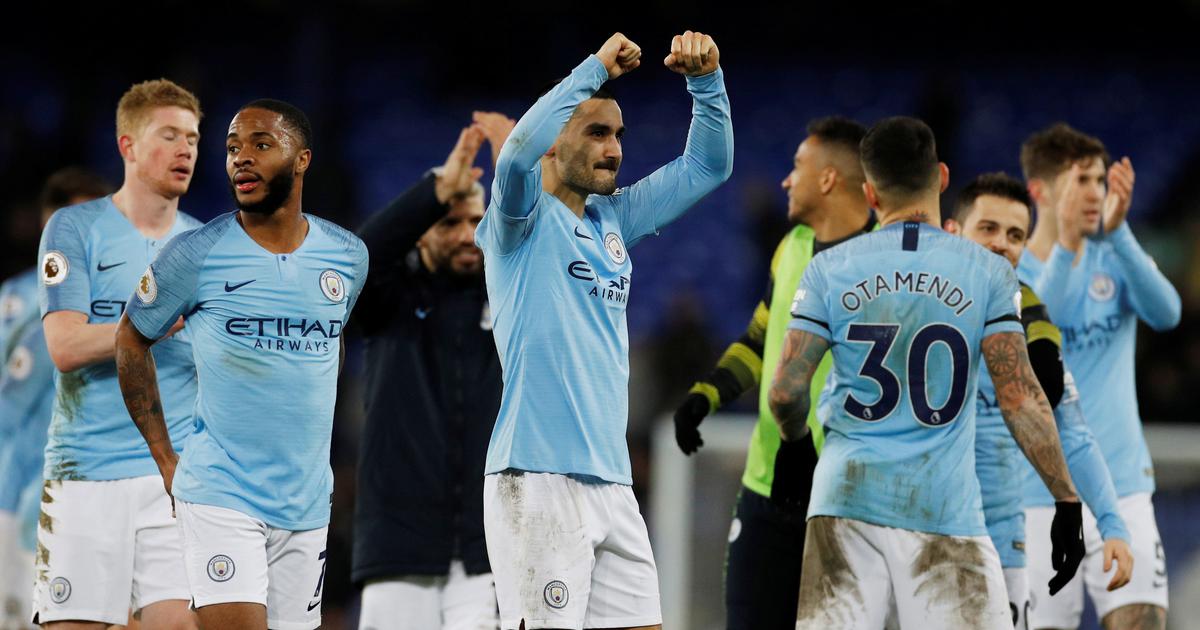 Defending champions, Manchester city have returned to the top of the English Premier league table after defeating Everton 2-0 at Goodison Park.

Defender Aymeric Laporte headed home the first goal of the difficult match on the stroke of half time.

Gabriel Jesus struck in the closing seconds to seal a victory that moved City level on points with Liverpool and allowed them to return to the top of the table.

City trailed Liverpool by seven points at the start of the year but beat Klopp’s side on Jan. 3 and is now level with the Reds on 62 points, five points ahead of third-place Tottenham.